For the first time ever, sculptures excavated from the ancient Champa capital of Simhapura are on public display 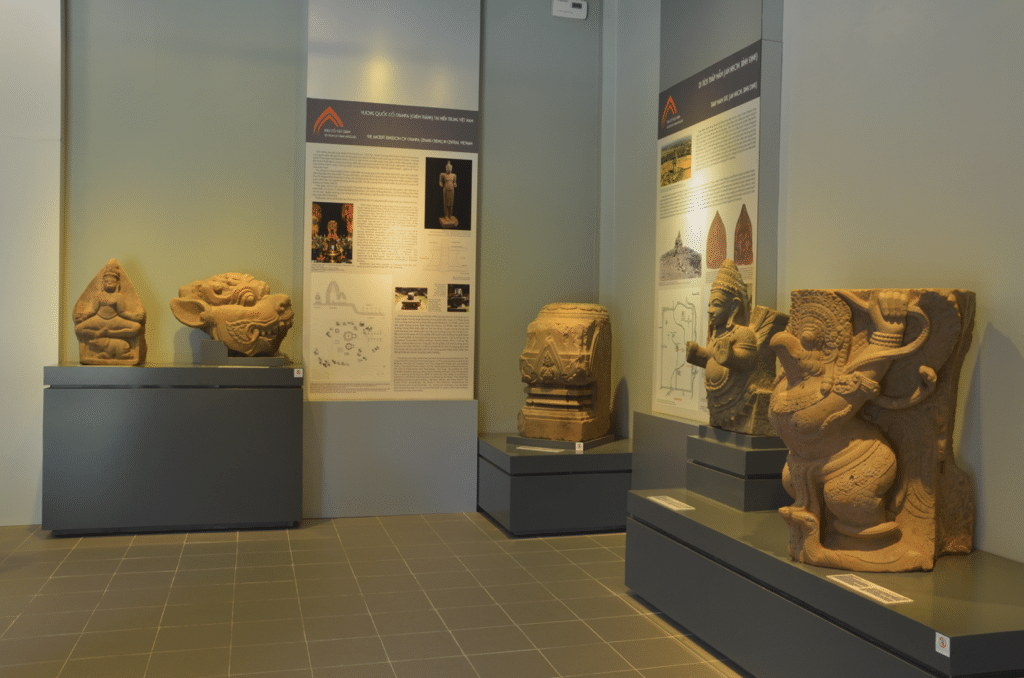 In 1927 – 1928, the French archeologist Jean-Yves Claeys spent nine months excavating the former Champa capital of Simhapura in Central Vietnam. He discovered a variety of brick architectural vestiges and a huge number of sculptures made by Champa craftsmen during the 7th and 8th centuries. Khai Dinh Museum (later renamed the Hue Museum of Royal Antiquities) received many artefacts unearthed during this excavation.

For the first time ever, visitors to Hue can admire sculptures from the ancient capital of Simhapura, which lay in present-day Tra Kieu in Quang Nam province. In late 2016, an exhibition of these works opened in a specially built display hall in the Hue Museum of Royal Antiquities. The highly artistic sculptures portray female dancers, male gods and sacred animals such as monkeys, elephants and lions, highly influenced by India’s Brahman arts. 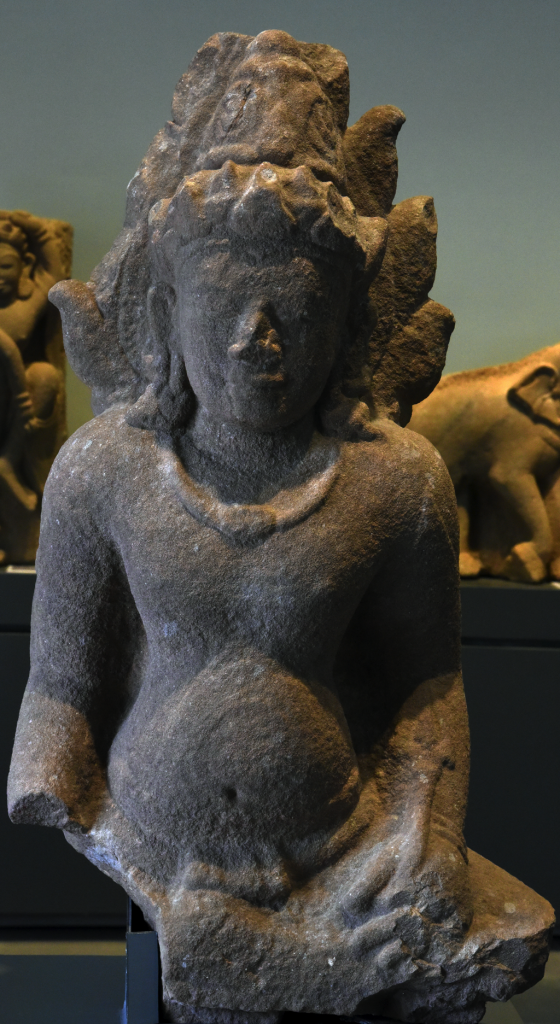 One outstanding work depicts the Thunder God Indra in hard sandstone. Measuring 77cm high, the squatting god has a fiery red halo behind his head. One of the finest works of Champa sculpture art found to date, it is also the only Indra statue excavated from the Lion City. Another noteworthy artwork is the head of a Male God statue with striking details including thin eyebrows, a smiling face, slightly pouting lips and two deep lines at the corners of the mouth. Two rhombic earrings dangle from his ears. The statue is done in the early Simhapura style.

Two statues of dancers are on display. One relief shows a dancer with a curvaceous bust and slender waist. Her left breast is uncovered. The dancers wear above-knee length Sampot skirts with long and loose frontal flaps that reach near their ankles and are tied to the right. These works are valuable relics, conveying unique aspects of the early Simhapura style that prevailed in the 7th and 8th centuries.

When it comes to sacred animals, two outstanding reliefs of elephants are on display, of which the most unique is a 59cm-high relief of an elephant wearing a crown. The elephant’s head looks straight ahead and its front legs are slightly bent at the ankles. These are typical characteristics of elephant sculptures from the former capital of Simhapura. The lion was another popular sacred animal featured in the architecture and sculpture of Champa temple towers around the 10th century. The most impressive figurine on display is a standing lion that measures 78cm high and has a firm stance. 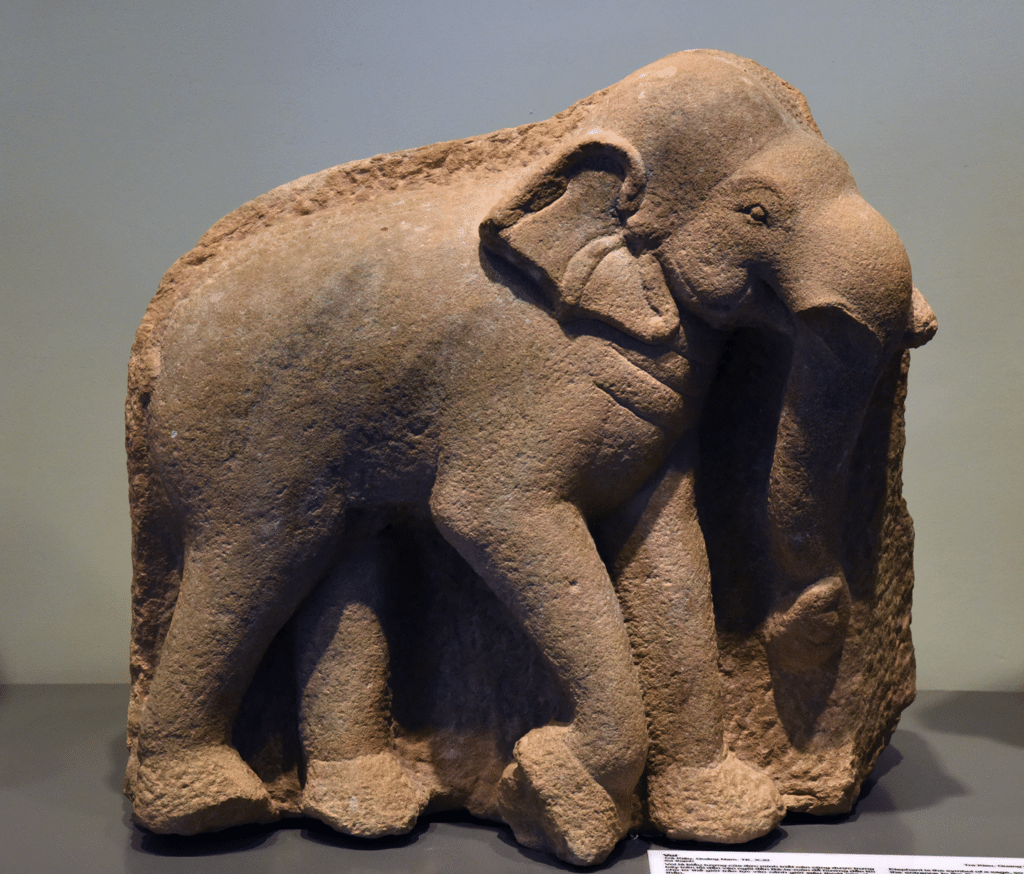 Another treasure is a 53cm-high monkey figurine. The squatting monkey is inclined to the left with its head tilted right. Its cheeks are firm and fleshy, its jaw extended and its ears raised with large earlobes. A necklace circles its chest, at the center of which lies a large oval gem. It’s the finest and most complete Champa monkey sculpture found to date. 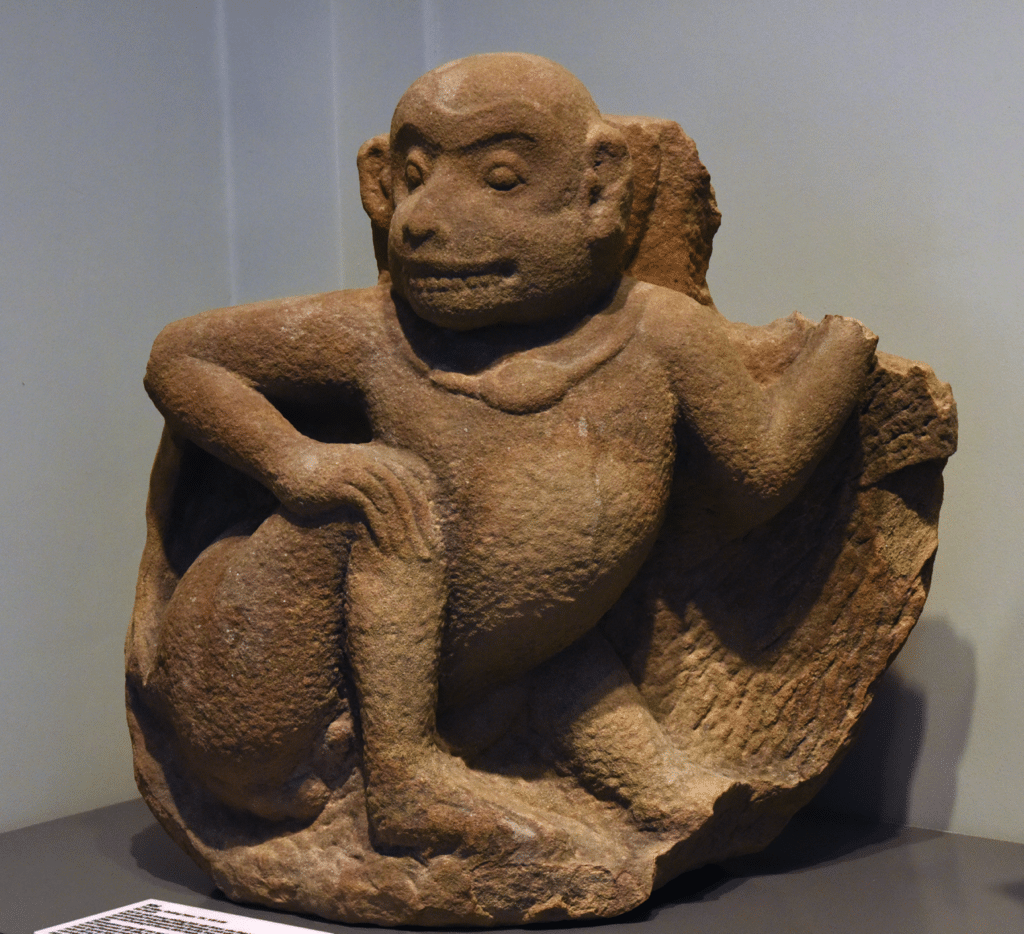 Simhapura, or the Lion City, was the capital of the Amaravati Kingdom. This ancient city was home to various temple towers, citadels and stone sculptures in the Simhapura style – an outstanding school of Champa sculpture art. Thanks to this ongoing exhibition, visitors to Vietnam’s former imperial capital, Hue, can appreciate some of the finest Champa sculptures in the world.