With its stunning rock formations, Va Cave is another jewel in the treasure trove of Phong Nha – Ke Bang National Park 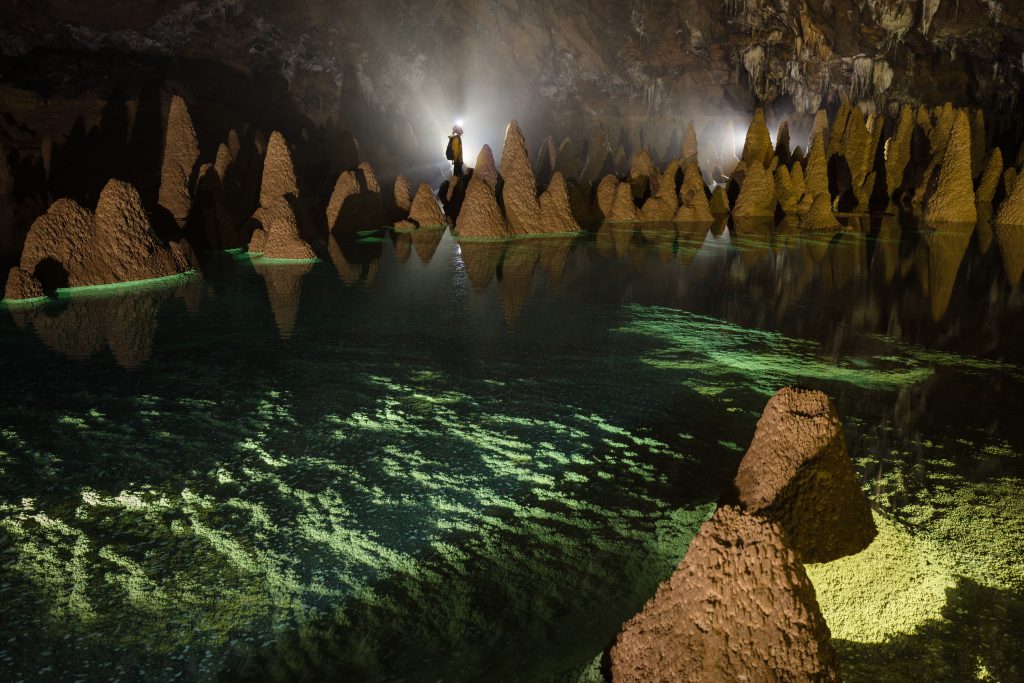 Hang Va (Va Cave) is one of the rarest discoveries in the entire cave network found within Phong Nha – Ke Bang National Park. This cave was found by the British Cave Research Team in 2012 as part of their explorations of caves in Quang Binh Province. Located near the exit of the world’s largest cave, Son Doong, Hang Va hides some of the rarest rock formations ever discovered in Asia. 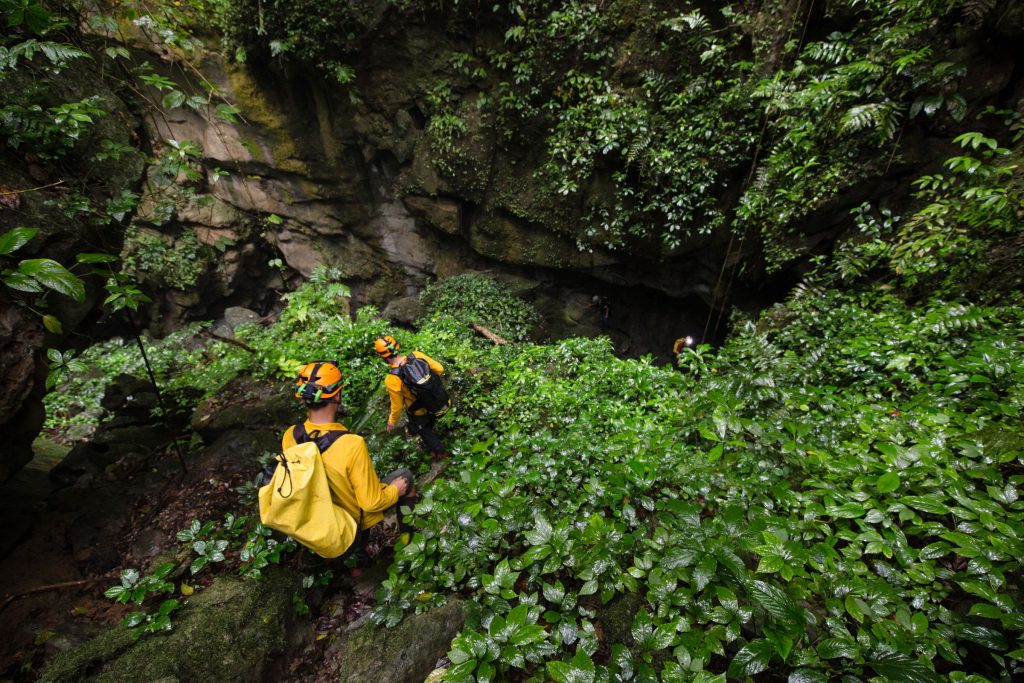 According to the British Cave Research Team, Hang Va and Son Doong Caves may be internally connected via small creeks. The researchers detected some similar water sources in both caves, and a species of white fish found nowhere else but these two caves. Another proposed hypothesis is that millions of years ago, part of Va Cave was connected to Son Doong Cave before being blocked by rock fall. These hypotheses remain untested and unsolved to date.

The entry to Va Cave lies deep in the core of the National Park. From the entrance, it takes a climb down a slippery slope using belts and ropes to reach an underground river. After venturing against the torrent for about 1 km, the river splits into two breathtaking branches of waterfalls that pour from the cave’s ceiling. Just off yonder, the underground river intersects with another higher level cave. To conquer the upper cave branch, the expedition team once again used ropes to climb the precipitous cave stairs. Wonders met their eyes, including vast lakes and giant dams formed from a saturation of calcium carbonate. Both the adventurers and researchers were amazed by the striking geological formations.

Deep inside these dams are countless stalagmites in unique conical shapes arranged in rows. What sets these stalagmites apart is that they seem to rise from beneath the water. According to research by British, American and Vietnamese scientists, it seems these special cave formations are found nowhere else on earth. 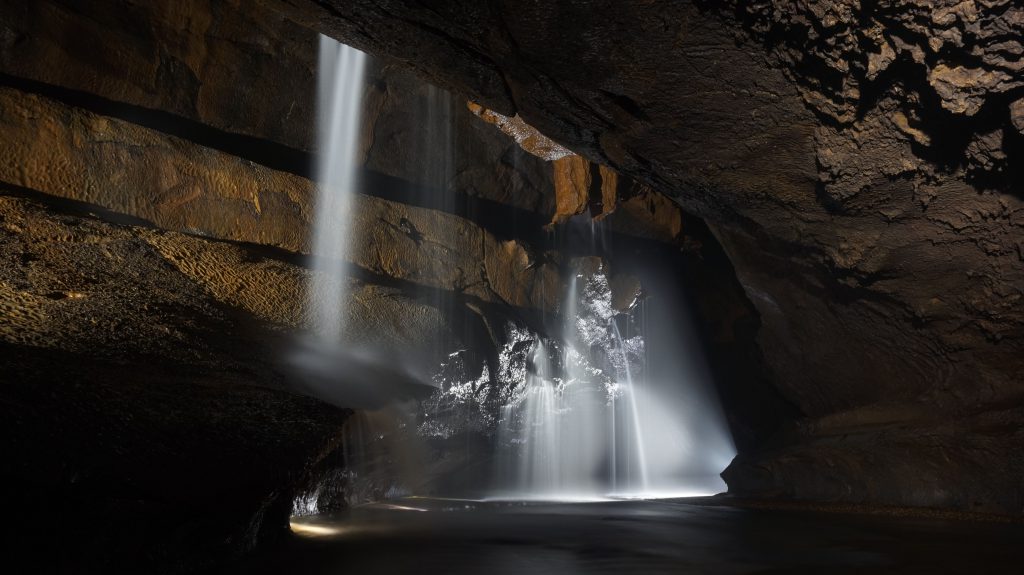 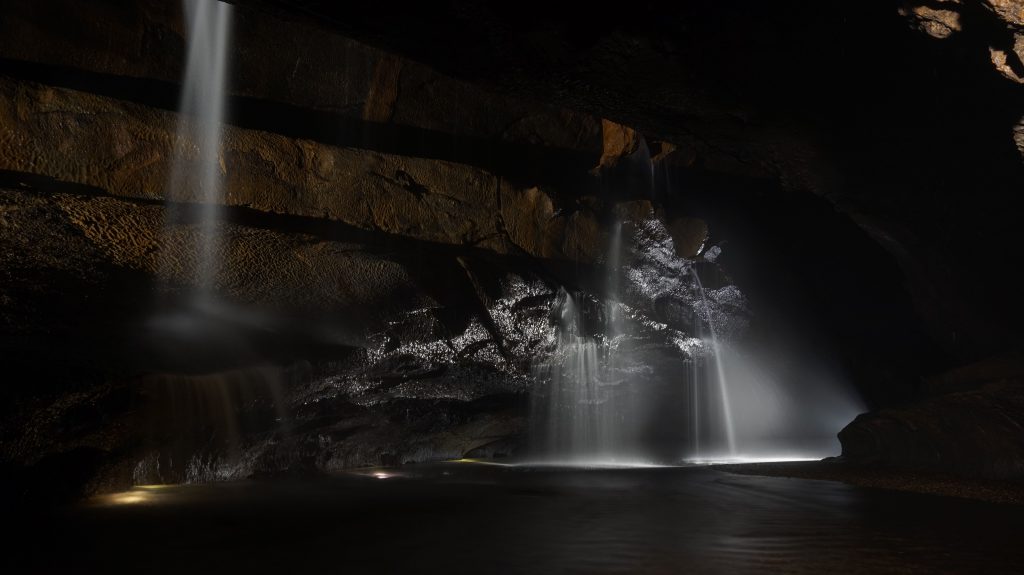 Named Conical Towers or Conical Stalagmites, these formations are thought to have formed underwater when thin calcite rafts sank from the surface to the bottom of the lake. Over thousands of years, these rafts of calcite piled up and formed the outlandish conical stalagmites we can see today. There are hundreds of towers of equal shape in this area, some of which rise over two meters tall. These formations are so strange that it would be easy to assume they were found on some mysterious extraterrestrial planet.

Other formations rarely seen elsewhere were also found in Hang Va. On the roof of this vast cave stand helictites, a type of branch-like stalactite that sparkle like crystal. They are thought to have been formed by water under pressure in small cracks of the cave’s walls. It seems that winds within the cave helped to shape these frail stalactites, giving them the look of tree branches spreading in different directions. 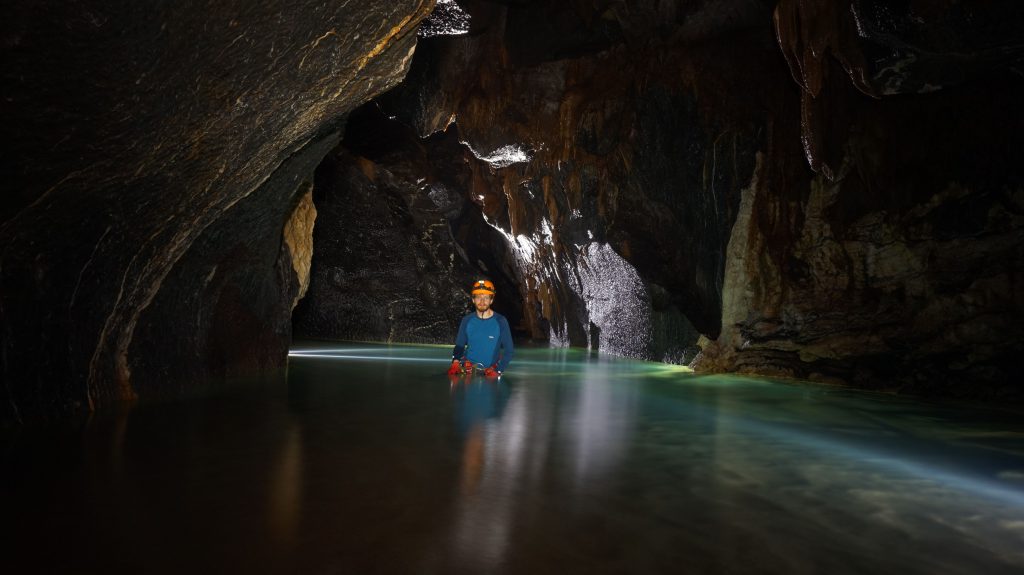 Hang Va has now been opened to tourists under stringent regulations to preserve this invaluable gift of nature. A maximum of eight people are allowed to enter the cave at any one time. To reduce human impact, visitors must stick to a narrow trail and cannot touch the rock formations. 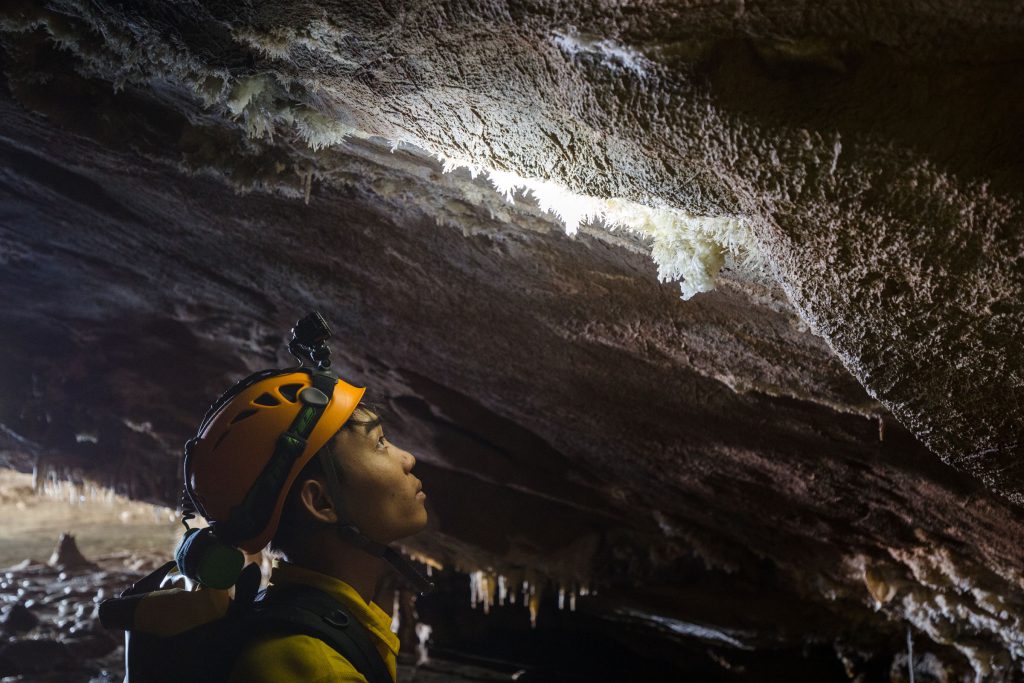 Hang Va is a special cave in the heart of the World Heritage Site of Phong Nha – Ke Bang National Park. This cave will enthrall all those lucky enough to trek its trails, wade through its rivers, camp in its wilderness, and marvel at its astounding beauty.