The world’s a stage

Director Tran Vi My took an unusual path to the top of his profession. Tran Vi My’s entrance to the theatrical world came by chance. After graduating with an economics degree, he began his career in the banking world and it was here that his twist of fate took place.  In 2003, My stepped forward to direct a production for the 10th anniversary of his bank in a show that featured stars Dam Vinh Hung and Hong Ngoc.

That show was a dramatic success and was also start of the prolonged bond between Tran Vi My and Dam Vinh Hung, the King of V-pop.  The director’s resonance with Hung has helped both soar higher with creativity that resulted in the singer’s legendary live performances.

While Tran Vi My’s career direction took a drastic change, it did not come as a complete surprise because a passion for the stage dates back to his childhood. His interest was kindled when taken by his parents at 4 or 5 to see a music show performed on anchored boats. The flamboyant lighting onstage captured his childhood imagination and it is that moment that My points to as the start of his lifelong fascination. “Deep in my heart, I never thought I would one day be a director,” he said. “I found it so satisfying to watch a play or a concert, and I just tried to give myself a number of useful lessons.”

On his professional journey of 15 years, Tran Vi My has made a name for himself with a string of prime solo concerts for top vocal figures in Vietnam, from catchy pop singers to semi-classical ones. He has worked with stars such as Huong Lan, Dam Vinh Hung, Le Quyen, Thanh Thao, Hong Ngoc, Viet Anh and Pham Thu Ha in grand shows such as the Miss Universe pageant and the Dalat Flower Festival. He has also directed productions for events such as the Young Aspirations, Ho Chi Minh City – 40 Years of Uncle Ho’s Glorious Name. In particular, his two “Gold Ochnas” and “Contribution” awards, representing both the audience and critical votes, are milestones of his success. 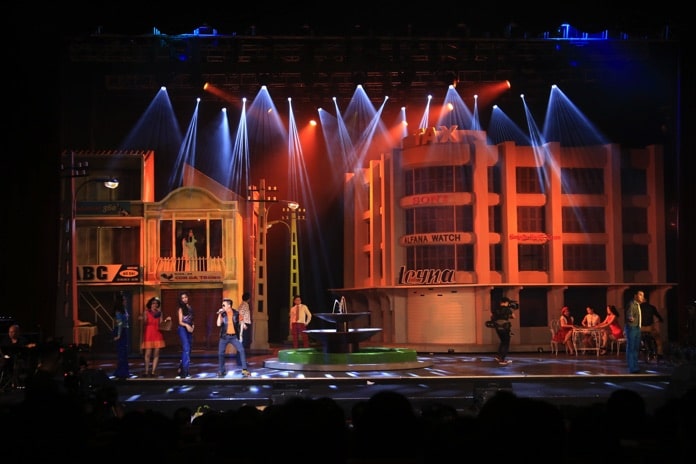 While Pham Hoang Nam is referred to the master of light use and Viet Tu set himself apart from the crowd with a rebellious and contemporary attitude, the most outstanding characteristic of Tran Vi My is to create sensational and refined settings. A stage show directed by Tran Vi My dazzles with unique on-stage installations, while always remaining in good taste.

Luck can get the ball rolling but sustained success must be cultivated with hard work. Tran Vi My has been no exception. His background as a financial specialist is a strength, with every single detail, moment, setting, prop, sound and lighting gear calculated with great precision. He always strives for the distance from rendering to actual stage setting to be close to absolute zero. However, above all, feelings are still the fundamental force that drive his settings. As Tran Vi My said: “No matter how the world may change, feelings are what stay with us till the end.”