The mouse and The cat

This tale was adapted from The Treasury of Vietnamese Fairy Tales
Illustrated by : Nguyen Truong Linh

In ancient times, to prevent theft from his heavenly storeroom, the King of Heaven wanted a storekeeper. Many people recommended the god Thu as he was kind, quick and hard-working. 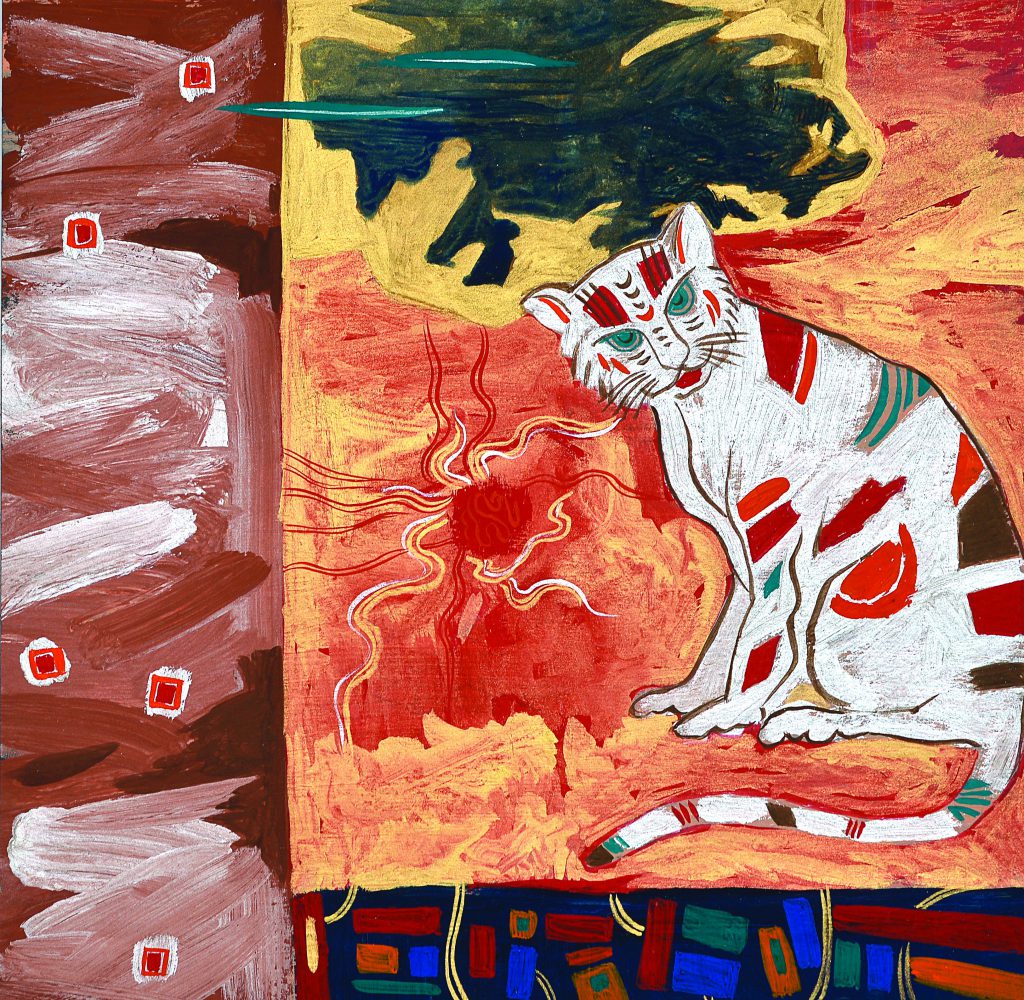 The King of Heaven gave Thu the keys and appointed him as heaven’s storekeeper. The King said: “I entrust you to take care of all my treasures. Even if heaven’s treasures are unlimited, they should not be left unguarded. There have been some recent robberies! Guards must be assigned day and night. Food must be stored to prevent waste! You must report to me twice per year.”

The god Thu happily took the position. During the first few years, he completed his tasks diligently. Everything was in order. The King of Heaven was satisfied. 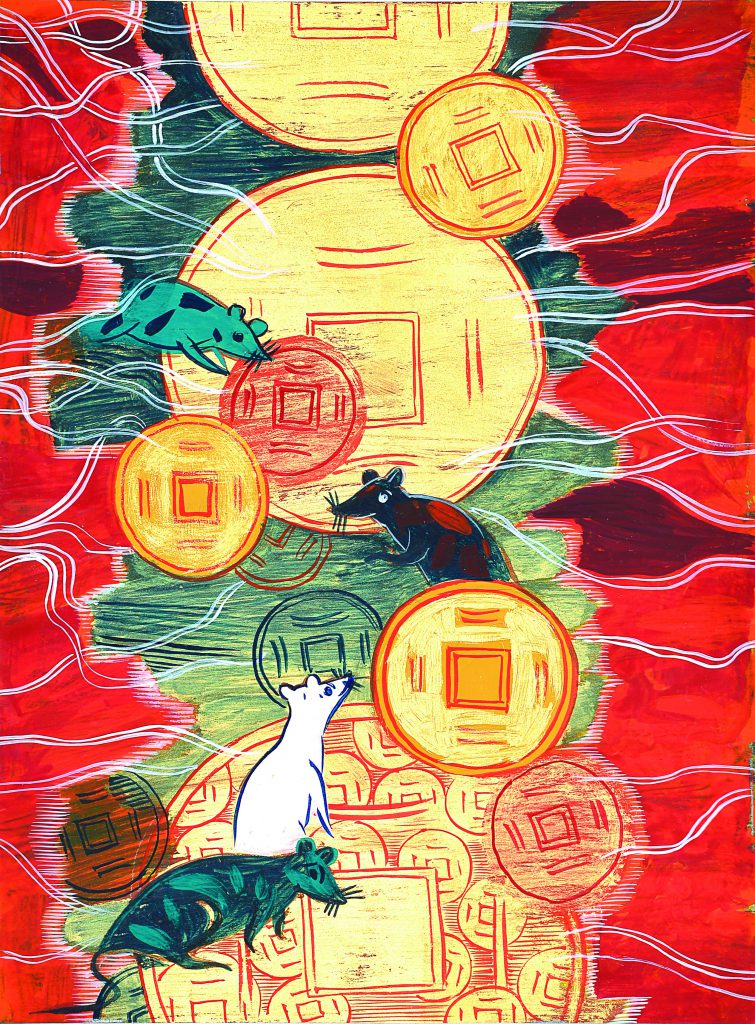 However, even in heaven, things change. After some time, Thu betrayed the King of Heaven. He realized the treasures were truly limitless. No matter how many treasures were removed, the storeroom would remain full. So he began to steal a little, now and then. “By taking a tiny part I can help my family to live more comfortably,” thought Thu. “No one will know.” His family grew fatter and were better dressed. Thu began to steal more and more to give to his relatives and friends.

The King of Heaven knew what was happening. He grew extremely angry. Thu was banished to Earth and transformed into a tiny animal with a pointed snout called ‘Mouse’.

In spite of being dismissed and exiled, Thu retained his bad habit of stealing things. Due to his small size, he could easily enter humans’ homes to steal their food day and night. He even chewed through clothes, books, baskets and other things. No matter what they tried, people could not get rid of Mouse and his kind. 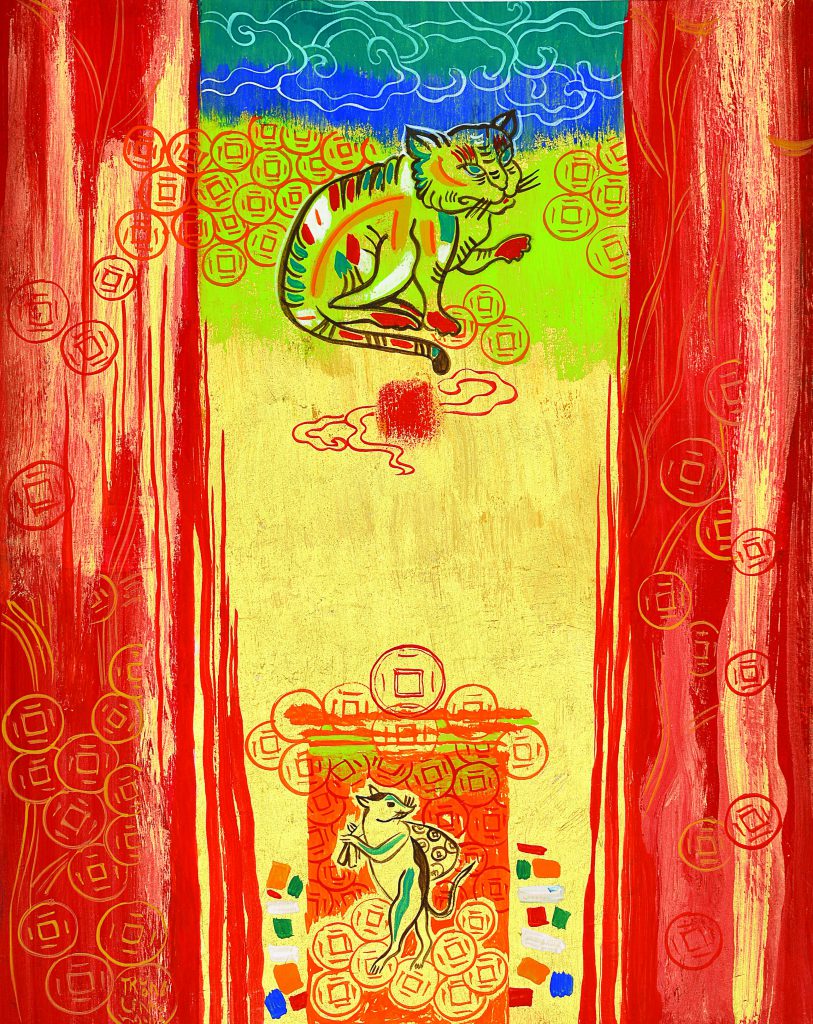 In desperation, humans asked the Earth God for help. They begged him to tell the King of Heaven about the havoc mice were wreaking. The Earth God filed a report. The King of Heaven was surprised. How could such a tiny animal cause so much damage? After some thought, the King of Heaven summoned the god Mieu. “Mieu,” he said. “I did not expect the god Thu to cause so many problems down on earth. Since I can’t get him back, I need you to go down and threaten him. If he won’t stop his thieving, you must get rid of him!”

The god Mieu was worried. He said: “The Earth God tells me that Thu and his mouse family are everywhere. They are small and quick and can hide easily. It won’t be easy to eradicate them!”

“I will make you small, just a few sizes bigger than Thu. And your body will be quick and agile. You will have strong legs, sharp claws and good eyesight to allow you to catch those mice in the dark!”

The god Mieu obeyed the king’s order and set off, transformed into an animal called Cat. Since his arrival on earth, the god Mieu has worked tirelessly to rid the world of thieving mice. Humans are grateful to cats.

There is a folk song based on this story:
Where do the mice come from?
Why do you come to harm our family?