The Legend of the Tet plants

Once upon a time, demons conquered the whole country. Humans were heavily taxed. The demon rulers imposed a rule: “Branches taken, roots left”. They would take the edible parts of the plants and leave the roots for people. Before long, humans were on the brink of starvation. 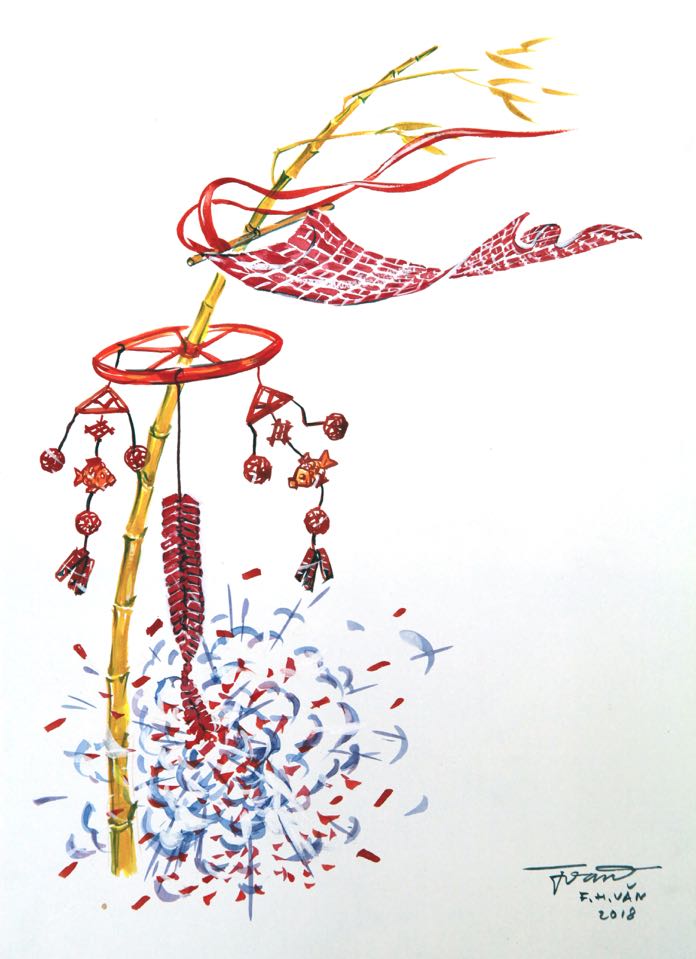 Buddha descended from the West to help humanity. After the harvest, Buddha instructed people to stop growing rice and plant sweet potatoes. At the next harvest, the demons collected the leaves, leaving the sweet potatoes for the humans. Realizing they’d been tricked, the angry demons introduced a new rule: “Roots taken, main parts left”. Buddha instructed humans to grow paddy. Furious, the demons changed the rule again, stating they would take “both branches and roots”. Luckily, Buddha sent maize seeds to help mankind. 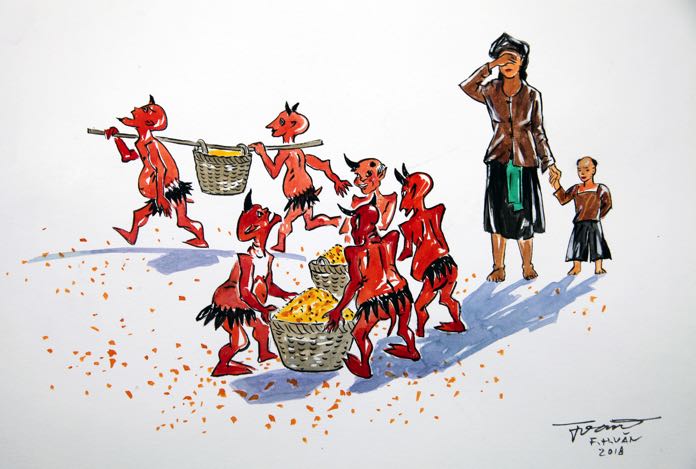 The frustrated demons decided to revoke humans’ tenancy. With no land, the humans would be unable to grow  crops. The Buddha advised the humans to negotiate with the demons, asking for a portion of land as large as a kasa overcoat. This meant that men would raise a bamboo pole with a kasa on top. The portion of land overshadowed by the overcoat would belong to mankind. Eventually, the demons agreed to this small request. After the humans had raised a bamboo pole, the Buddha stood on top of it and spread a kasa coat. He cast a spell to raise the pole until the entire world lay in the coat’s shadow! Touched by this magical shadow, the demons had no choice but to retreat into the East Sea. 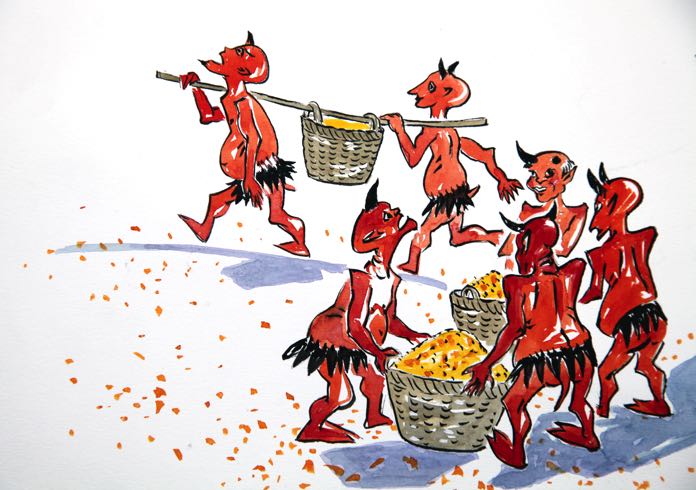 Furious at their loss, the demons formed a huge, monstrous army. After many fierce battles, the Buddha helped  humans to trick and overpower the demon forces. Eventually, the defeated demons knelt before the Buddha and begged for permission to visit their ancestors’ graves once a year. The compassionate Buddha granted their wish. 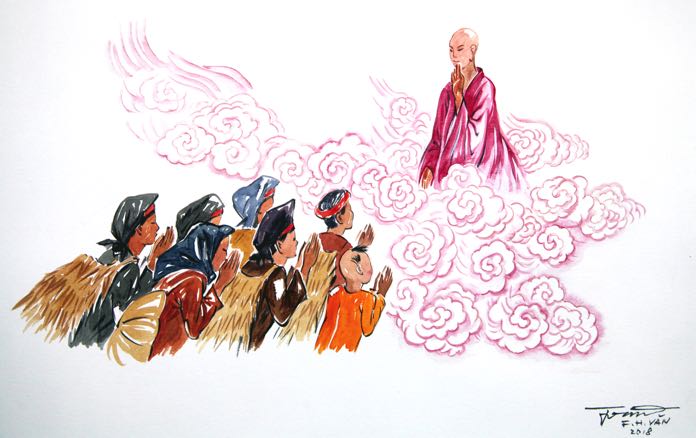 Therefore, each year at Tet, the demons return to the mainland. People erect nêu plants to keep them away from human homes. From the top of each plant hangs a bell, pineapple leaves or a banyan tree branch to ward off the demons. People also draw arrows facing the East Sea and scatter limestone powder on the ground to keep the demons at bay. They also repeat a verse: 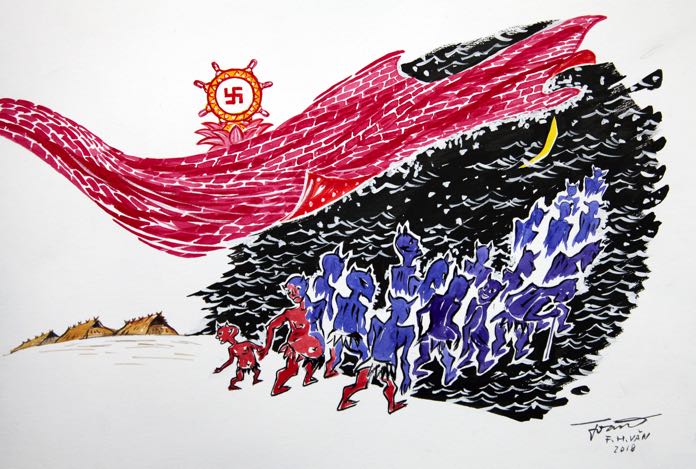