The Legend of Ba Be Lake

This story was adapted from a tale in the “Treasury of Vietnamese Folk Tales”
Illustrator: Nguyen Van Duc 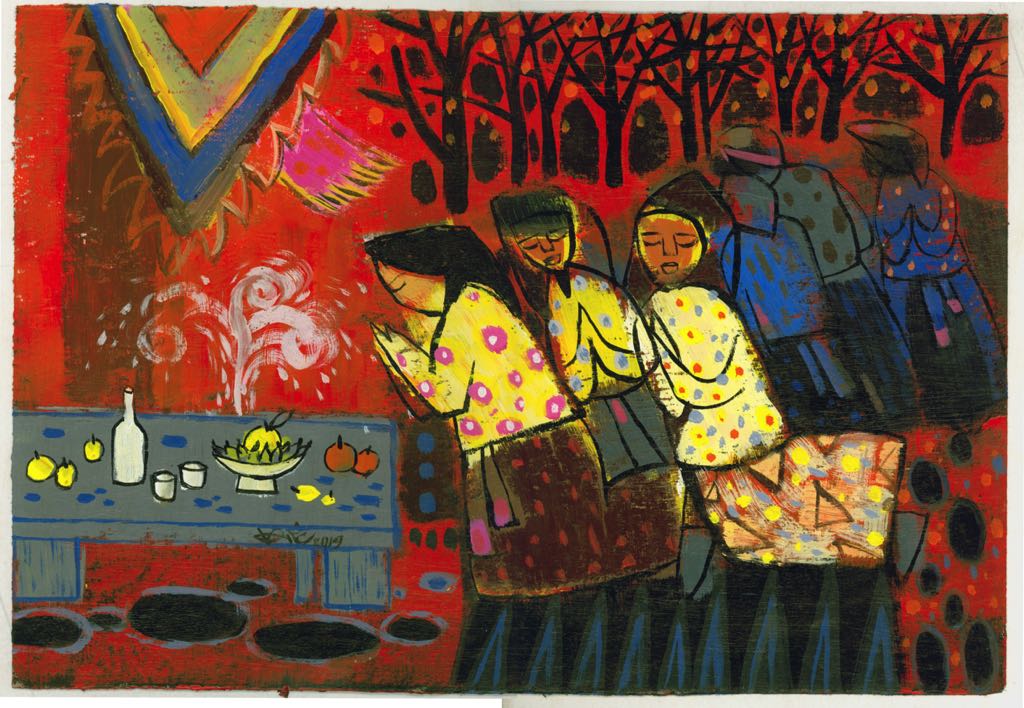 During the festival, an old beggar crawled into the village. No one had any idea where she came from. She smelled terrible and looked grotesque. Rags covered her skinny body, which was covered in open sores.

This wretched creature held out her basket and begged: “Please, I’m unbearably hungry!”

All day long, the pilgrims ignored her. Young people feared she had leprosy and stayed far away. Older women viewed her with annoyance, for she was interrupting their prayers.

Finally, the village guards threw her out of the pagoda. Under their blows the old lady crept away from the festival and entered to a hamlet. Like the pilgrims, the villagers shunned her. Wealthy villages locked their doors, and set their dogs upon her. 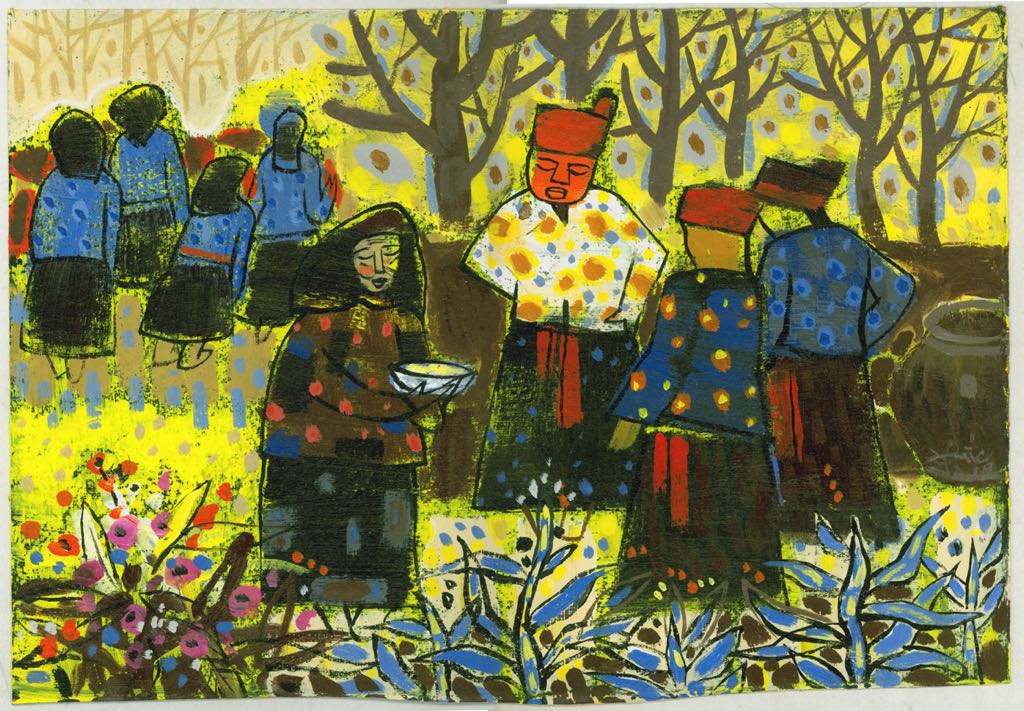 The old beggar dragged herself to the village crossroads, where she met a widow and her child coming home from the market. Seeing this miserable old lady, the widow fed her some leftover rice.

That night, while the widow and her child slept, the old beggar knocked on their door. She asked for a bed for the night. Nobody else had opened their door to her.

The widow and her child offered their bamboo bed to the old lady, then slept in another corner of their single small room. The old woman began to snore loudly.

In the darkness, the bed upon which the old woman slept began to glow. The widow watched in amazement: the old woman’s body was transformed into that of a huge sinuous giao long (water dragon). 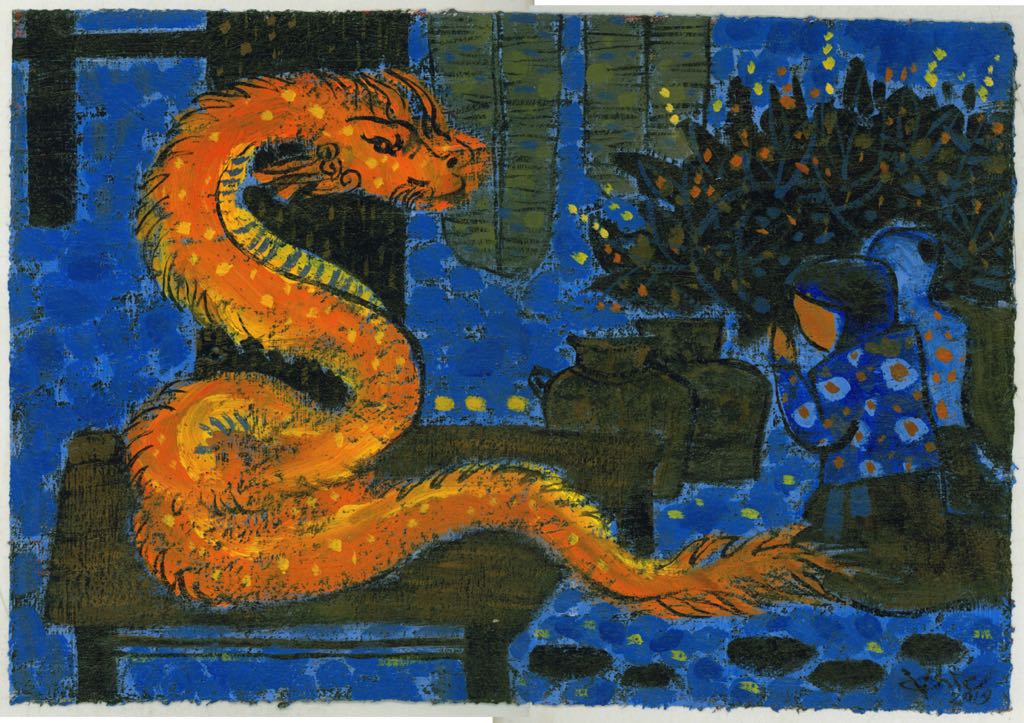 The widow was too scared to move. At some point, she fell asleep because the next thing she knew, it was morning. In the light of dawn she saw the old woman sitting on the mat.

Before bidding the mother and child farewell, the old beggar said: “Those so-called Buddhist pilgrims are false and deserve to suffer! Only you have hearts of gold! Please take this bag of ashes and scatter it around your home today. Do not go outside tonight!”

Hearing this, the widow was alarmed. “How can I save other people?” she asked.

The beggar was silent for a minute. She then withdrew a grain of rice from her pocket and bit it into two pieces. She said: “These halves of rice husk will enable you to do good.” 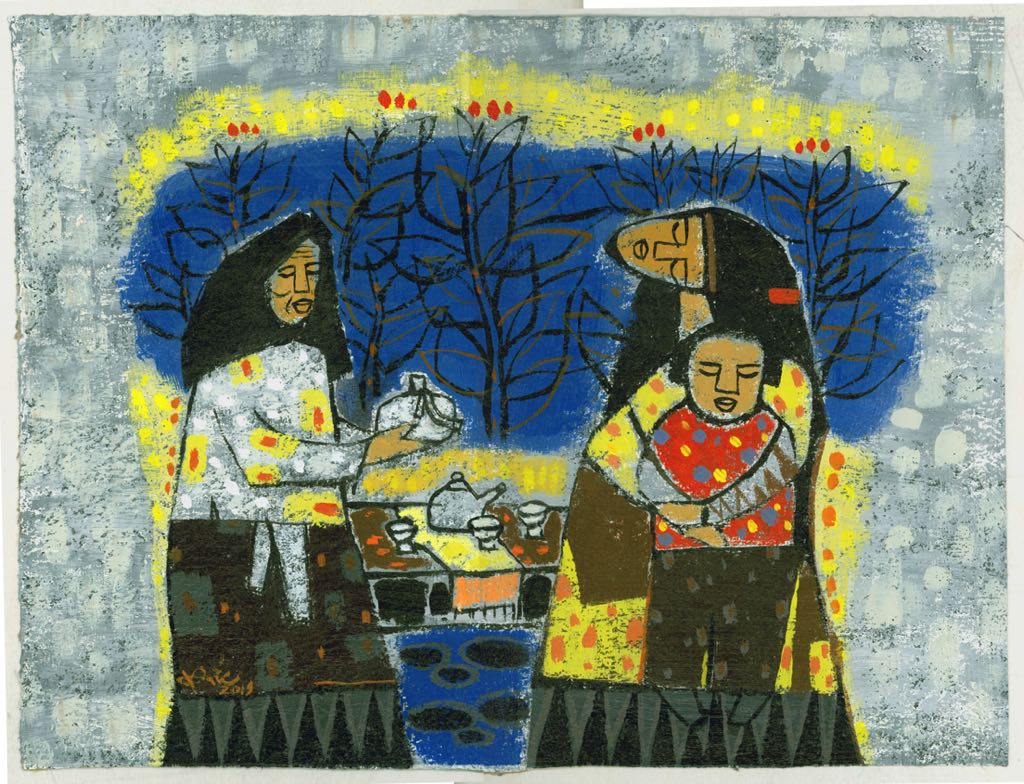 The widow wanted to ask more, but the old woman hurried away.

The widow and her child told their neighbors about the old woman’s warning. The other villagers just laughed.

That night, as a huge crowd of pilgrims prayed and chanted in the pagoda, a massive torrent of water erupted from the foot of the altar. The water caused a landslide. People were caught in a flood of suffocating water and mud. The crowds tried to flee but the ground cracked open beneath their feet. With an earth-shattering roar, a giant giao long leapt out of the earth and flew around.

Miraculously, the widow’s shack, chicken coop and pigsty all floated on the raging water. Remembering the rice husks they’d been given, the mother and her child threw them into the waves. The husks turned into boats. The pair boarded these boats and floated around, saving as many people as they could from the raging flood-water.

When the water receded, three huge lakes remained. As big as seas, they were named Ba Be Lake (Three Seas). The widow’s hut was transformed into a small island in the middle of the lakes, now called Po Gia Mai (The Widow’s Mount).