The Brothers and the stone dog

This story was adapted from the “Treasury of Vietnamese Folk Tales”
Illustrator: Pham Hoang Van

Once upon a time there were two brothers, both of whom were married. The older brother was wealthy but mean. In contrast, the younger brother and his wife were poor but kind- hearted. Although they worked as servants, they never hesitated to help those in need. 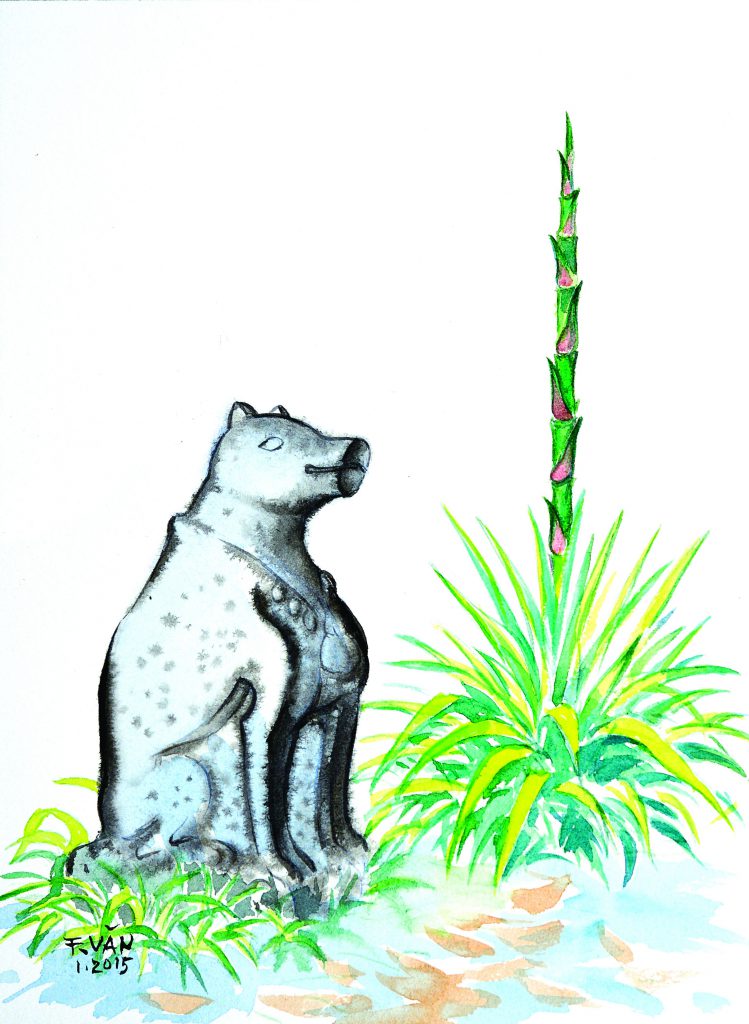 One day a ragged beggar crawled into the older brother’s village to ask for food. Upon seeing the beggar, the older brother and his wife turned away. Instead of helping the poor man, they set their dogs on him! When the beggar came to the younger brother’s house, he and his wife were eating porridge for dinner. Seeing the pale, haggard beggar, they gave him a bowl. The poor man begged for more. While they didn’t have much to share, they gave him all they could. After he finished, the beggar said: “Despite being poor, you have been so kind. I know a place full of silver and gold. Follow me into the mountains!”

The couple stared at each other. Finally, they decided to follow the beggar into the mountains. There, they came upon a tiled courtyard with a door flanked by two stone guard dogs. The beggar knocked on a stone dog’s head three times with his baton, and the dog opened up its mouth and said: “Please take as much silver and gold as you want!”

Suddenly, the beggar vanished. The younger brother reached into the stone dog’s mouth and withdrew some glittering gold coins. Overjoyed, the pair carried the coins home. They were rich and happy. 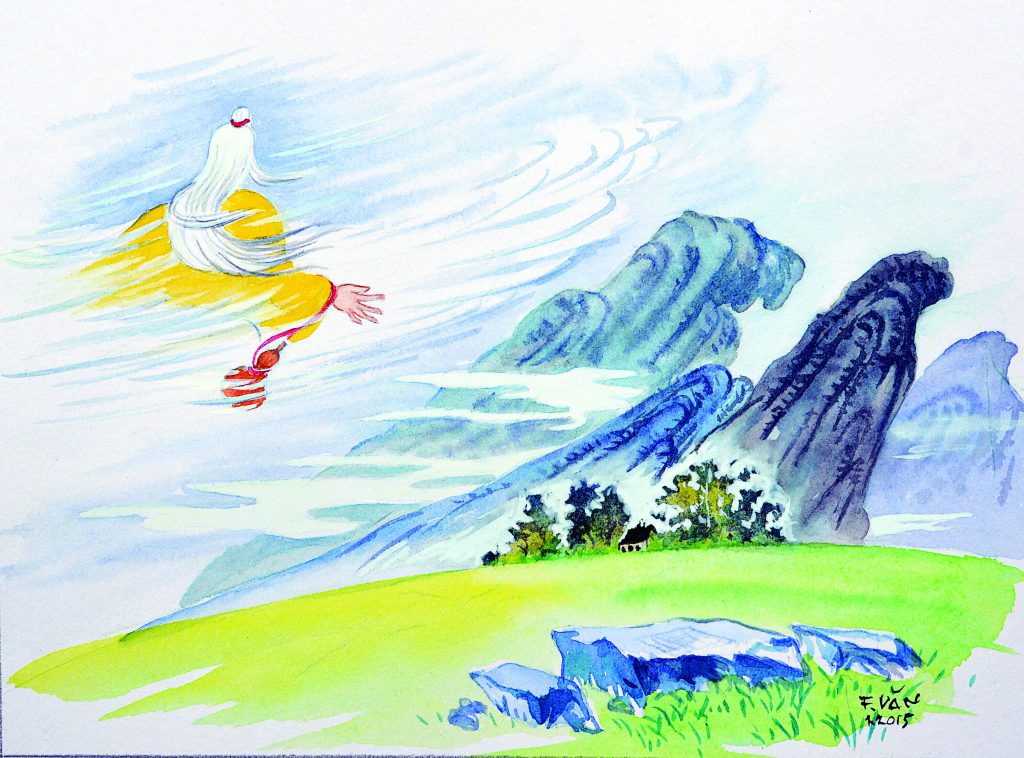 “That old beggar!” cried the older brother in disgust. “If only we’d known! What a pity!”

From then on, the older brother and his wife searched out beggars, hoping for sudden fortune. One day, the older brother spied an old man in a worn brown tunic with a long silver beard and a bamboo stick. Recognising him, he rushed to lure the old man into his house and ordered his servants to prepare a feast.

The older brother and his wife knelt down before the beggar and said: “It was very kind of you to help my younger brother. We are inseparable. Please bestow the same favour on us!” 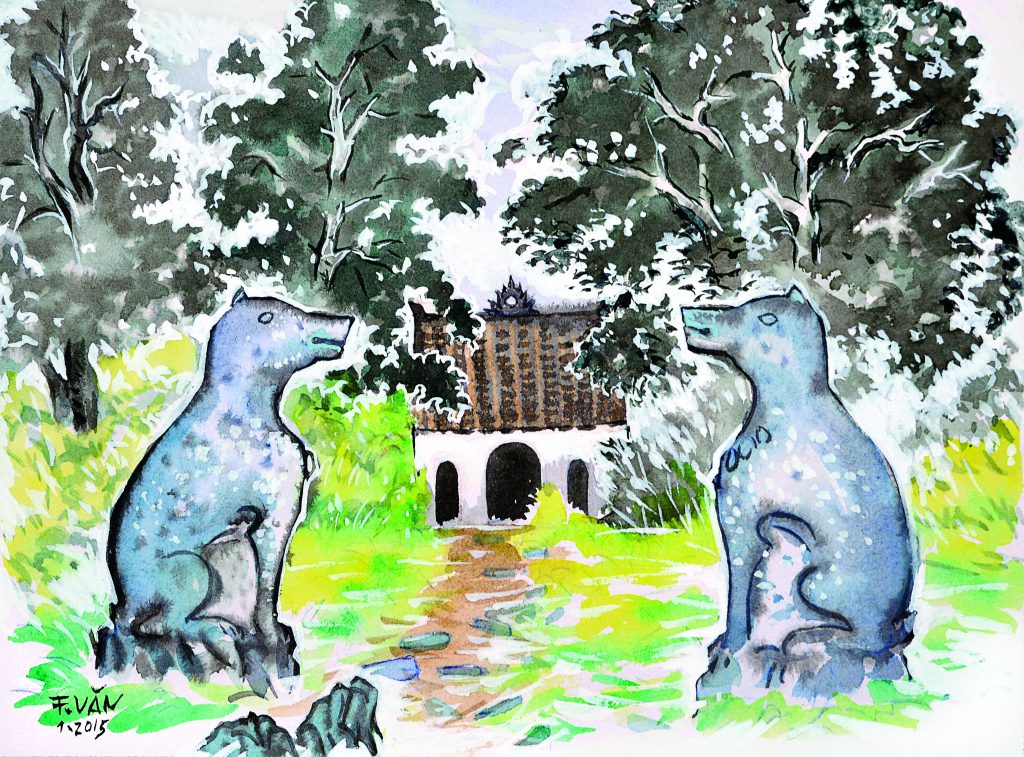 Each day, the older brother’s wife brought him food. She did this for three years, until all of their savings had run out.

“Our greed ruined us!” said the man bitterly. “I cannot go on. Please, let us make love one last time! Then death awaits me!”

As the wife pulled off her clothes, the stone dog began to laugh. The older brother yanked out his arm and the pair ran off, never to return.

This tale led to a popular saying: “A stone dog can laugh”.