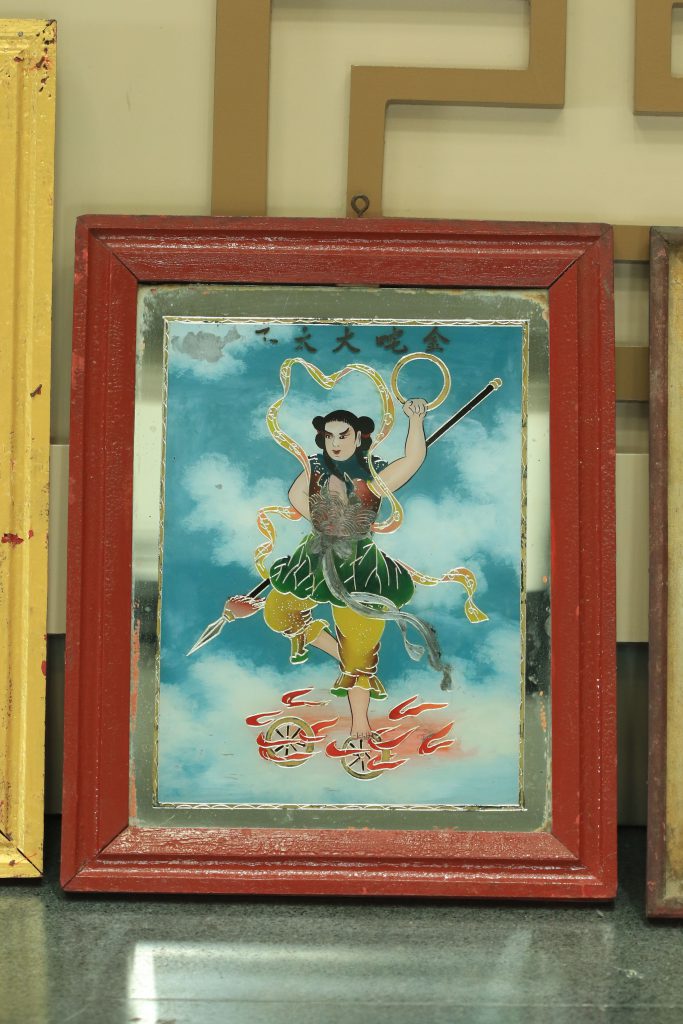 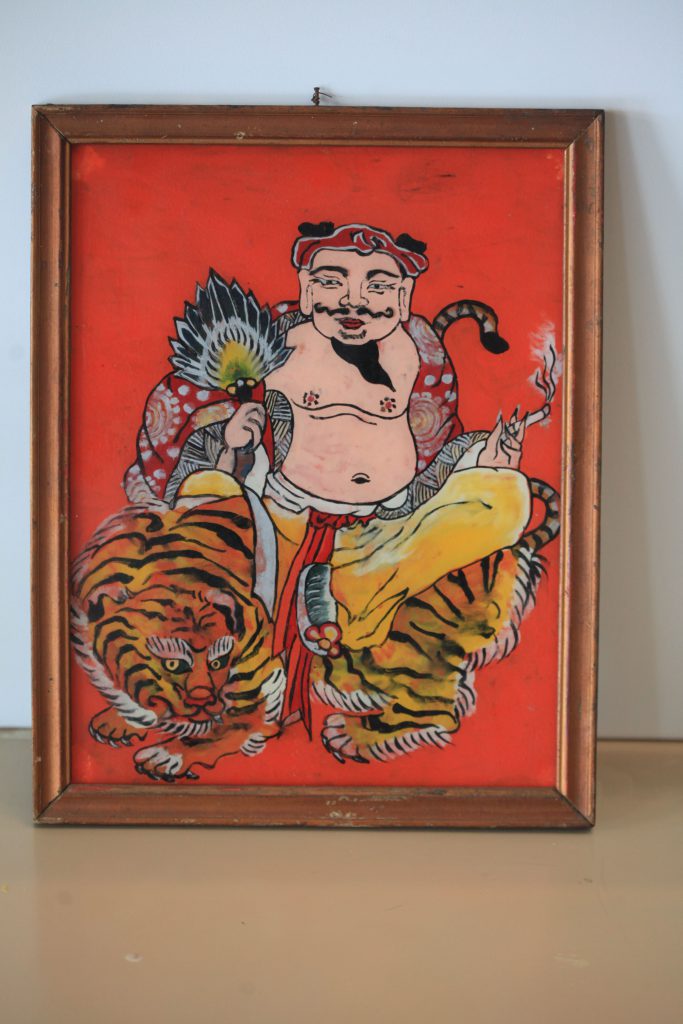 About a century ago, a type of popular folk painting style arose in southern Vietnam, known as “glass painting”. As the name suggests, the images were painted on panes of glass. Rustic and reflective, this folk art reveals the nature of southern people. The paintings were placed on altars or used to decorate rooms. Some were even used to decorate horse carts known as “thổ mộ”.

Along with southern performing arts like southern amateur music and cải lương, glass paintings evoke the charm of people living in the Mekong Delta, a region where people work hard and play even harder. Cheap and popular, glass paintings spread far and wide. Most houses in the South had one. 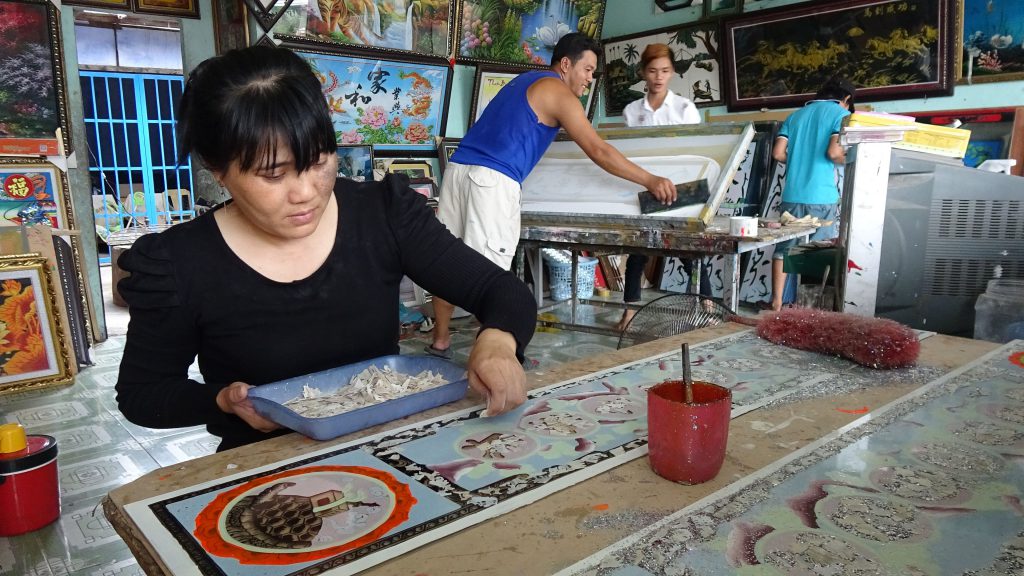 Folk glass paintings first appeared in the early 20th century in Saigon’s Chinese district, Cho Lon, following the huge growth of the glass production industry. At first, these paintings portrayed demigods introduced by immigrants from Guangdong. They included religious paintings of the Saint of Guanyu (or Yunchang, a legendary general in the Three Kingdoms era), the Five Dukes of Buddha, the Great Evil Faced Taoist, and Buddhist themes such as the Guanyin of the Southern Sea or Bodhi Dama.

Some of these Cho Lon glass paintings bore only Chinese characters. They were placed on altars or used as horizontal lacquered boards. Religious paintings were joined by celebratory paintings, which people gave each other for good luck during the Tet holidays, at age celebrations and at business inaugurations. These included paintings like the “Fishermen with his Bounties” inscribed with the characters “Fortune for generations”; “The Eight Fairies”; and lucky horse images with the characters “Success comes with the arrival of the horse”. Glass paintings from Cho Lon typically featured lots of red color and silver or gold sparkly paper. 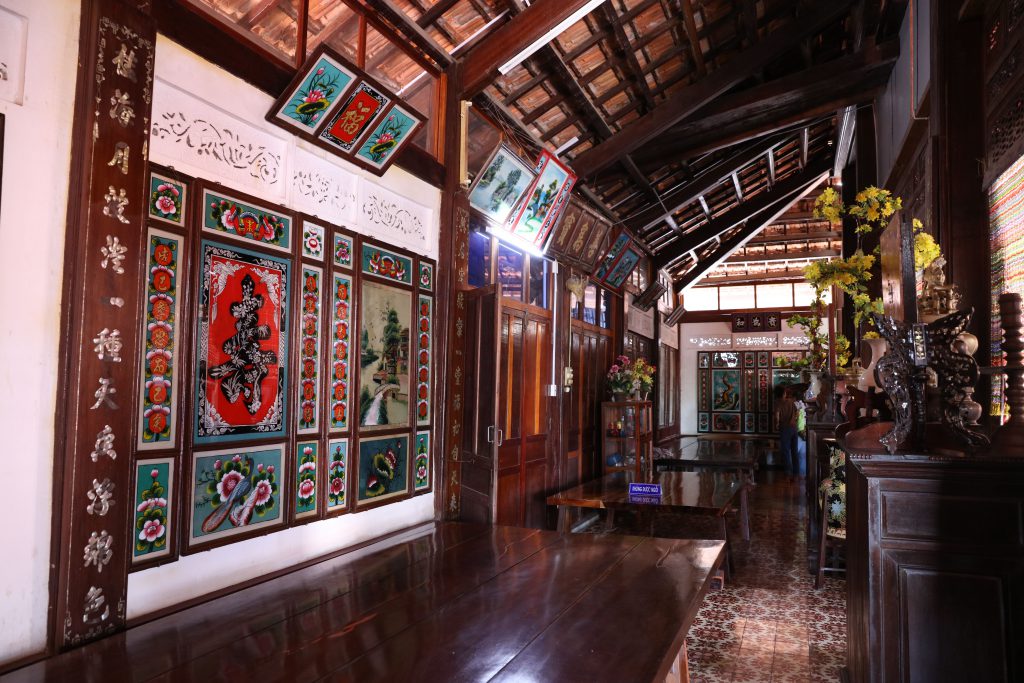 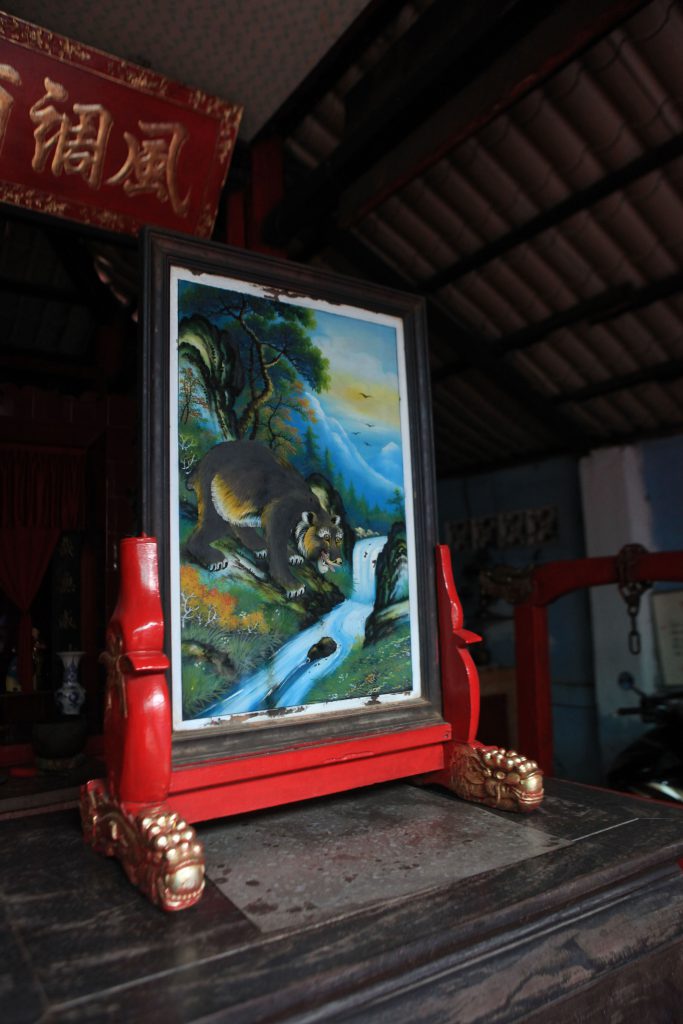 In the 1920s, Lai Thieu in Binh Duong emerged as a prosperous new hub for craftspeople in Vietnam’s Southeast. Lai Thieu is located by the Saigon River, which facilitated trade. It was also home to a team of painters from the Thu Dau Mot Fine Arts School, who produced new work. As a result, glass paintings made huge strides. Lai Thieu emerged as a hub for the production and distribution of these paintings to all six provinces in the southern delta. The paintings’ themes grew closer to ordinary life and included ancestral paintings with natural landscapes accompanied by popular sayings. Lai Thieu glass paintings also featured local deities, such as the Earth Lady, the Lady Fairy, and the Mysterious Maiden of Nine Clouds. Local rural scenery was common: flocks of chickens or delta landscapes. Lai Thieu paintings used a mix of different colors and conch shell powder to produce sparkling effects. 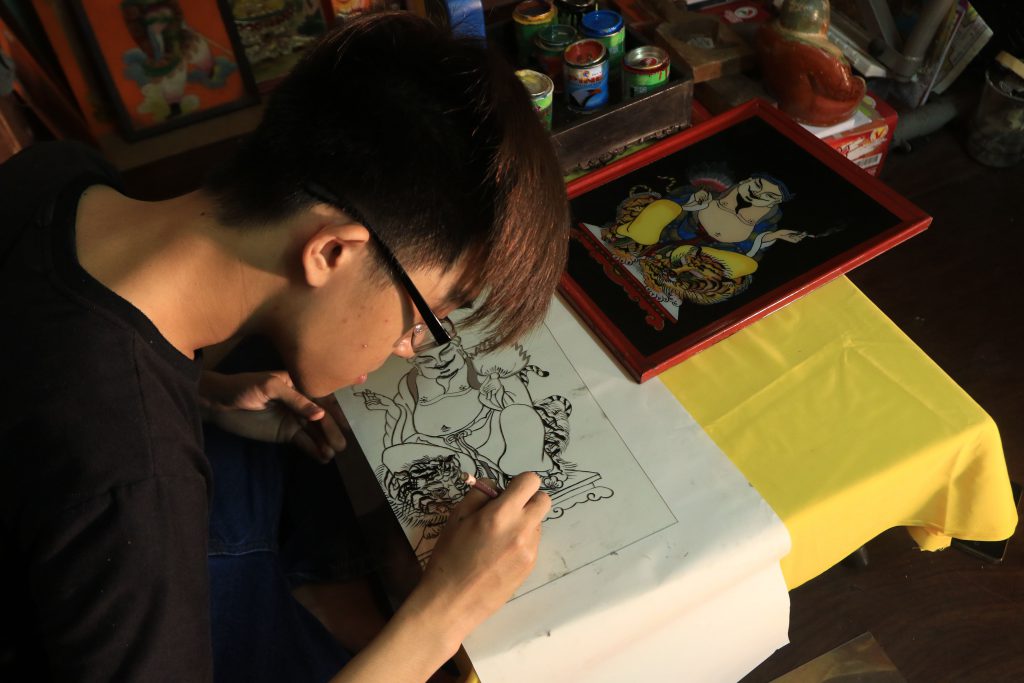 Southern glass painting reached its peak in the 1950s. From the center of Lai Thieu to the Southeast, glass painting workshops spread to the Southwest, long home to populous communities of ethnic Vietnamese and Khmer people. The Mekong Delta produced many glass paintings at competitive prices. These had diverse themes. Some were spiritual but others were used solely to decorate entrance-ways and illustrate folk tales such as Tam Cam, Thoai Khanh-Chau Tuan and Luu Binh-Duong Le. In Khmer settlements in Tra Vinh and Soc Trang, painters created images based on their local faith with Hinayana Buddhist touches. Characters wore traditional Khmer clothes such as square-collared tunics, sampots (skirts) and black-and-white checked scarves. 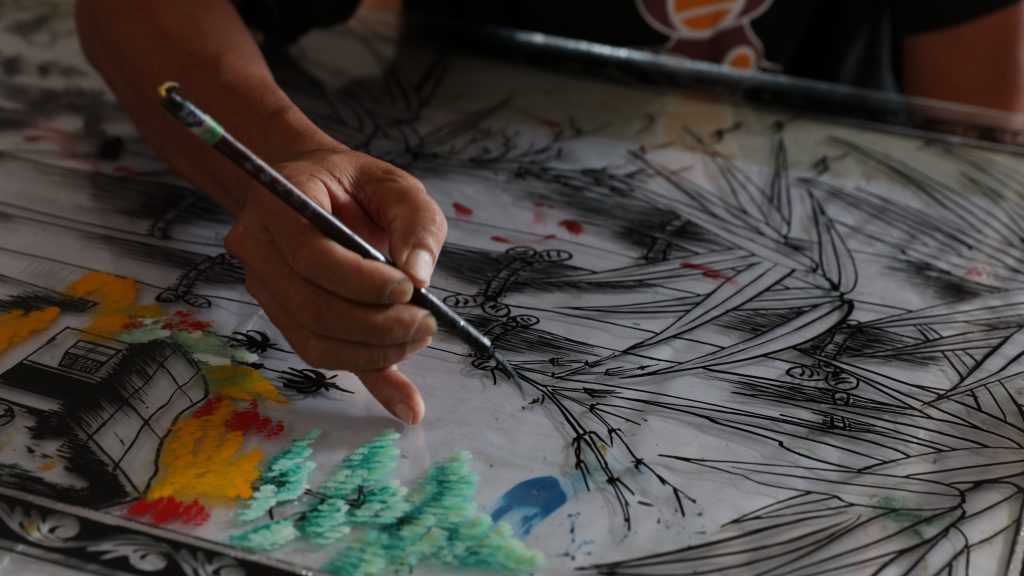 As time went by, techniques changed. The paintings were originally made with color powder mixed with oil extracted from tung trees. This was later replaced by Vietnamese lacquer or industrial oil. The original brushes were replaced with silk stretching techniques. The mix of colors in a glass paintings is more important than the pattern. Glass paintings shifted towards blocks of color rather than focusing on decorative patterns like other styles of folk painting. This style of painting has existed for over a century. It has its own identity and is very popular. These glass paintings hold great cultural value, embodying the way of life in Vietnam’s sunny southern delta.