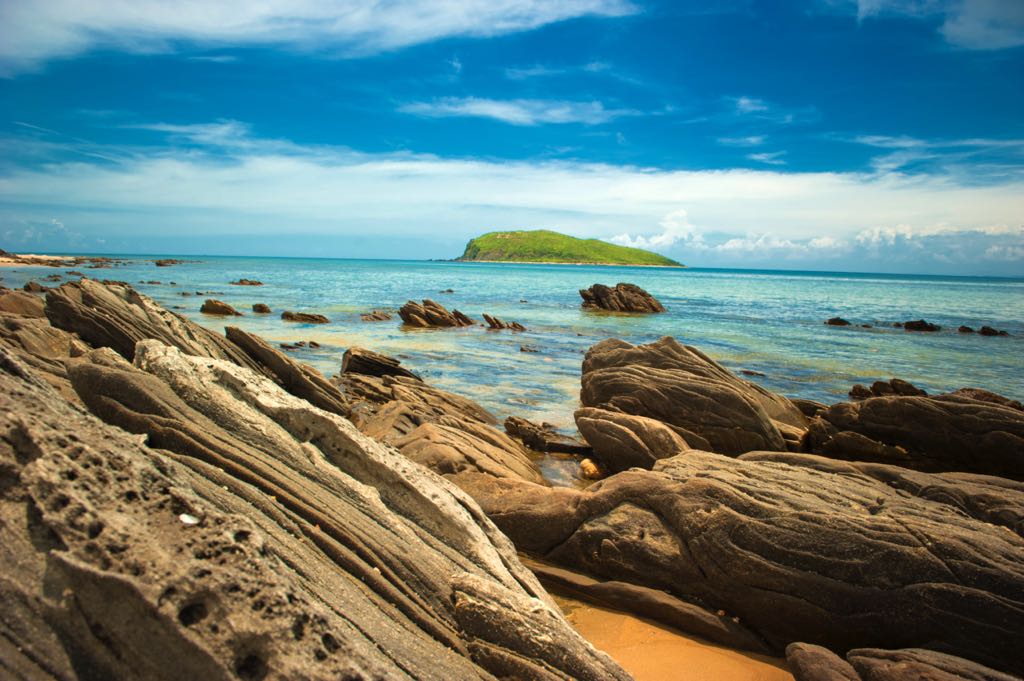 Blocking the North-South Thousand Mile road, Quang Binh and its undulating crossing Mountains are full of delights and mysteries. Over the past year, this province has drawn scores of pilgrims eager to pay homage at the final resting place of Colonel General Vo Nguyen Giap. His fame spread worldwide through the Battle of Dien Bien Phu, followed by a resistance war that lasted three decades and reclaimed national independence. Now, the son of Le Thuy has come to rest near the beach of Vung Chua. This man rose from this poverty-stricken land. His tomb rests at a peaceful site backed by the mighty crossing Mountains and overlooking the vast East Sea. Since his departure, the once-deserted beach now draws many visitors. In the year since the colonel general was laid to rest in his homeland, Vung chua – Yen island has become a familiar name to Vietnamese people, all of whom wish to visit the site at least once and dedicate some incense to the colonel general for his lifetime’s dedication to his nation. 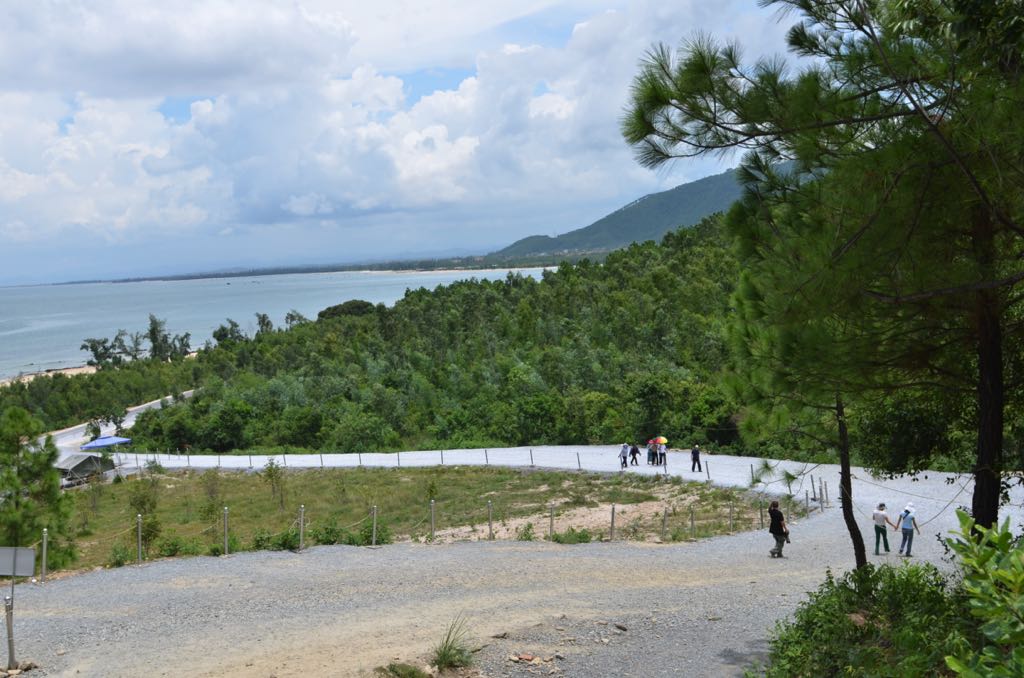 Vung chua – Yen island lies 10km south of crossing Pass and only 2km east of National Highway 1, in the north of Quang Binh Province. The bay is called La islet and features deep blue water and peaceful waves thanks to the natural barriers of Yen island, La islet and Wind island, all of which shelter the beach. The beach where the colonel general rests is serene, while Yen island is home to salangane birds. Magnificent mountains rise like dragons stretching to the sea. This landscape was named among the most famous sites in the “Geographic Record of Dai Nam” by Cao Xuan Duc in the Nguyen dynasty, along with the precipitous crossing Pass and the sacred temple of Holy Mother Lieu Hanh.

Since October 2013, when Colonel General Vo Nguyen Giap departed, military construction units have been busy building a road from National Highway 1 to this quiet spot. Other parts of the total complex are well underway. Visitors will find a steeple, a memorial hall and pine forests. From the steeple one can see the blue sea. Although the road leading from National Highway 1 is still in progress and local accommodation is fairly basic, the tomb of the Colonel General is always blanketed in fresh flowers. In the minds of Quang Binh locals, the Colonel General is still here to kindly instruct all former soldiers under his command and guide rural dwellers in their farm work.

This harmonious land has much to offer. If time permits, visitors should travel by boat to Yen Island, empty but for a few constructions built by locals collecting swallows’ nests. Visitors can stroll along white sandy beaches and watch the birds hover over precipitous cliffs. The birds’ nests harvested here rival those from Khanh Hoa.

According to a plan by the People’s Committee of Quang Binh, Yen Island will become an eco-tourism site, while the Vung Chua – Yen Island complex will be one of the province’s key tourist attractions. Travelling here to dedicate incense to Colonel General Vo Nguyen Giap and face the lulling sea, visitors will feel even more love for this country, whose golden children dedicated their lives for their people’s happiness.

Memories in the mist

Ringing in the new year in Chile