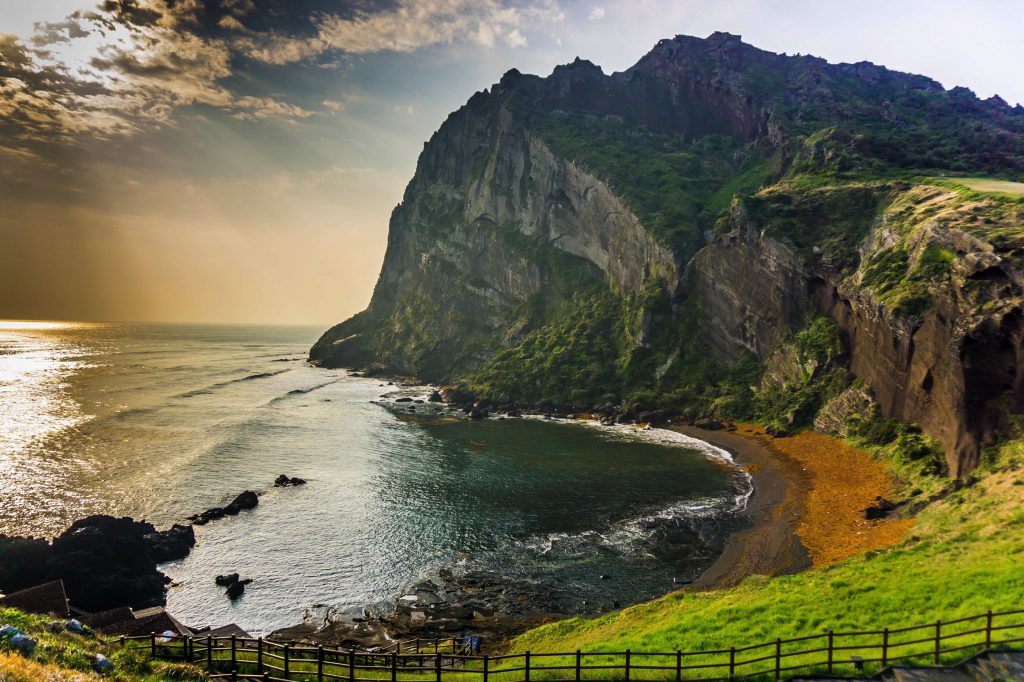 As my Vietnam Airlines’ flight approached Incheon Airport in Seoul, the city appeared through my window, signaling the end of a pleasant flight. Before my eyes lay the vibrant land of kimchi, shining brightly in the summer sun.

Incheon International Airport – the main gateway to Korea – is not only the largest airport in the country, but also one of the largest transit hubs in Asia, connecting major routes from East Asia to North America. For several years, this airport has been voted one of the top airports in the world. As I made my way toward the immigration area, I was impressed by the warm hospitality, spying a big electronic signboard with a line of welcome in Vietnamese: “Xin chao quy khach”.

I spent two days in the capital Seoul to explore the essence of Korean culture and history through the city’s temples, museums, traditional craft villages, and lively night markets. Next on my summer itinerary was the coastal city of Busan, which I reached via a southbound express train.

When I think of my time in this seaside city, the fishing village of Gamcheon is the most vivid place in my mind, not because it’s a popular tourist spot, but because it reminded me of a landmark in Central Vietnam: the mural village of Tam Thanh in Quang Nam. These two villages were once quiet and simple. It was not until art projects came and brought colorful murals that Tam Thanh and Gamcheon put on new colors. A team of Vietnamese and Korean artists transformed impoverished Tam Thanh village with vivid colors and exuberant murals, creating new features to spur local tourism growth.

Long ago, Gamcheon was also a poor village located near a mesmerizing lagoon. Built in the 1950s, Gamcheon was quite dreary, harboring many unfortunate souls. It was not until 2009 that Gamcheon changed, thanks to an art project that brightened the whole village. A more colorful version of Gamcheon gradually drew tourists, who came to admire its gentle hills, twisting alleys, and pretty houses painted with hundreds of evocative murals. The locals gained fresh energy from the visitors. Now, apart from local residents, Gamcheon is popular with many artists, painters, and writers who gather there to find inspiration.

Searching for mermaids on Jeju Island

From Busan, I took a short domestic flight to Jeju Island, dubbed the “Hawaii of Korea”. There’s also a ferry across the Yellow Sea.

I didn’t visit Jeju just to enjoy the sun and fresh air, or to “close my eyes to feel the summer”, as in a romantic novel. I went to study a community where people have fished for a living for hundreds of years. This island is home to the “mermaids” (Haenyeo) – local female divers who still follow traditional diving practices.

According to what I’d read, no one is sure when this tradition of female divers began. Various records confirm women were diving here from around the 10th century. The island’s female divers gradually replaced the male divers, making a living from the sea. Legend has it that these “mermaids” can hold their breath for up to 10 minutes and dive to a maximum depth of 20m. It’s not clear if the women’s bodies allow them to outperform the men, but many have become their family’s main breadwinners.

This is a dangerous job that can cost them their life. Following traditions, the “mermaids” must dive “bare”, which means without oxygen tanks. They hold their breath. Even minor incidents or health problems can lead to terrible outcomes. While visiting Seogwipo, one of the towns in which female divers still work, I was told of many heart-rending accidents. Their job is truly a gamble!

Due to the many risks and more available job choices, the number of “mermaids” is dwindling. In the not so distant future, stories about “Jeju mermaids” may only be charming tall tales.

I spent most my time on Jeju searching for “mermaids”. In the time I had left, I enjoyed relaxing moments admiring the island’s beautiful blossoms and open blue skies.

Nam Nghiep in the hawthorn season