“Saint Giong” is an oil painting on canvas, created in 2021, that depicts the legend of Saint Giong, who rode an iron horse and wielded an iron sword to defeat invaders of the Shang dynasty. The painting features dragon motifs and patterns from the Ly-Tran dynasty, depicting Vietnam’s national spirit and traditional culture. 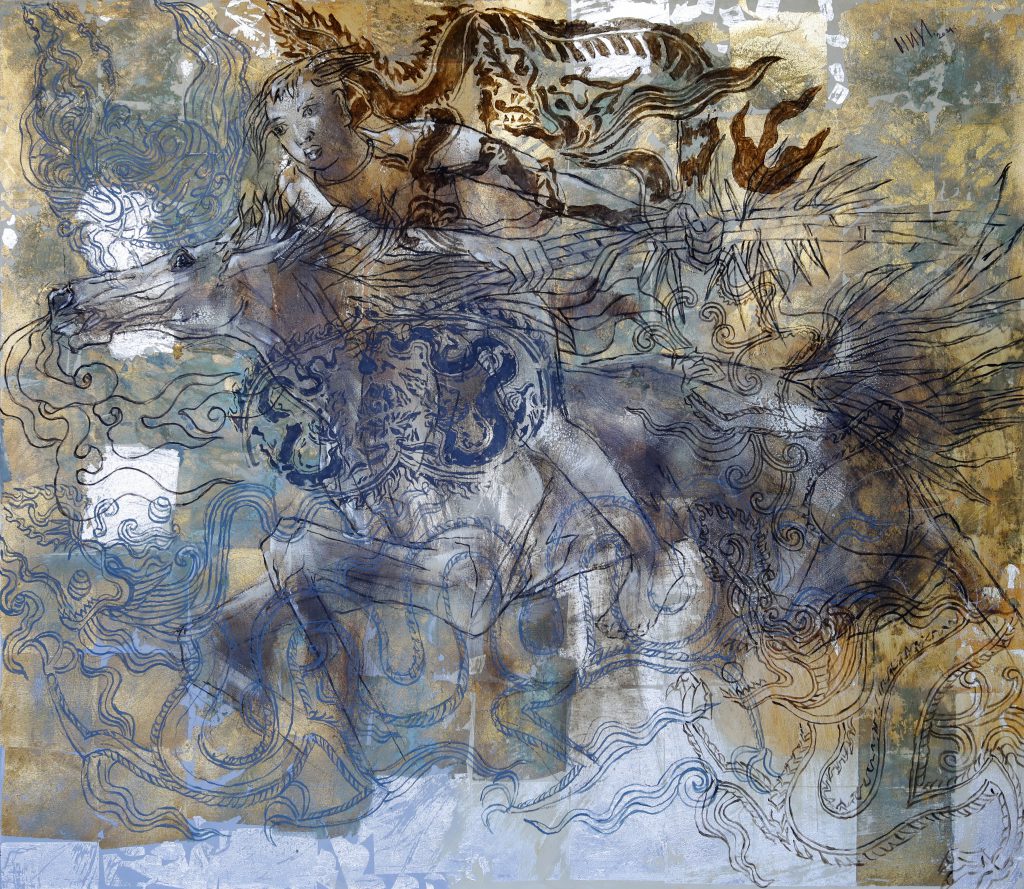 The legend of Saint Giong tells the story of a boy born in Phu Dong village, Vu Ninh division, during the sixth generation of the Hung kings. Three years after his birth, despite being healthy, Giong could neither speak nor walk. At that time, the king was seeking talented people to fight against invaders since the country was in crisis. When one of the king’s emissaries arrived in the village, the boy, to his villagers’ surprise, started to speak and told his mother to invite the king’s man into their house. The child then asked for an iron horse, an iron sword, and a suit of armor. 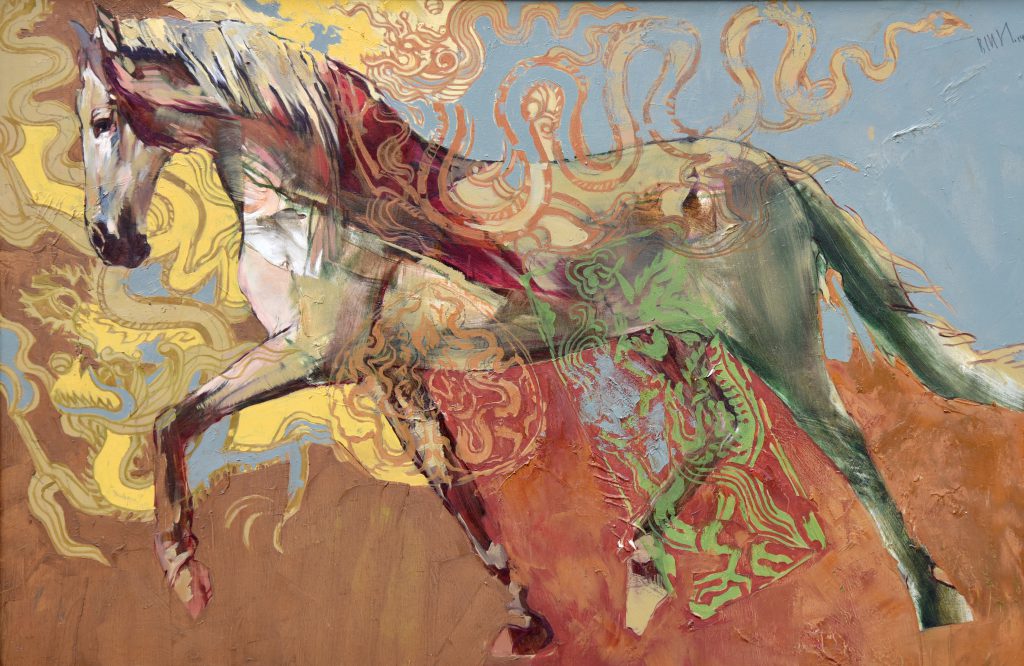 After this, the boy grew in a flash. He outgrew all his clothes and his hunger could never be sated. When the enemy drew near, the boy transformed into a fearless hero, riding the iron horse and wielding his iron sword into battle.

Once he’d defeated the invaders, the hero of Giong village took off his armor and rode his horse up to Heaven. To commemorate his incredible feats, the king built a temple for Saint Giong in his home village and honored him with the title Phu Dong Thien Vuong (Heavenly King of Phu Dong). 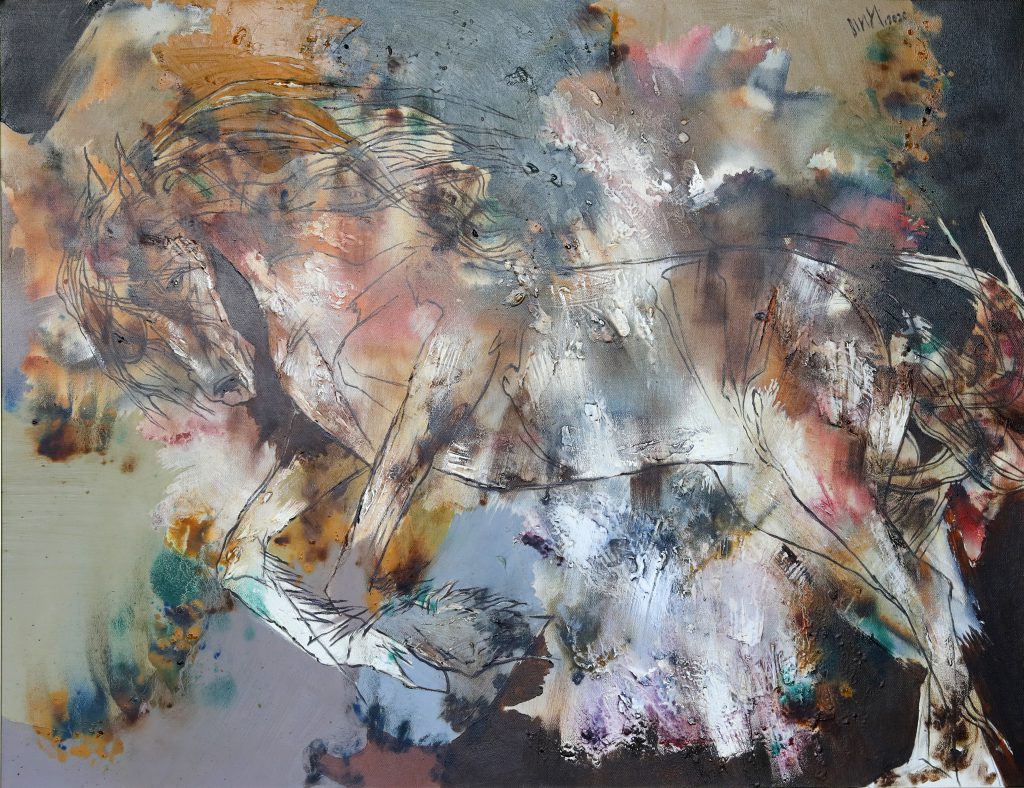 The legend of Saint Giong illustrates the strength and spirit of Vietnamese people and our determination to protect our country from invading forces.