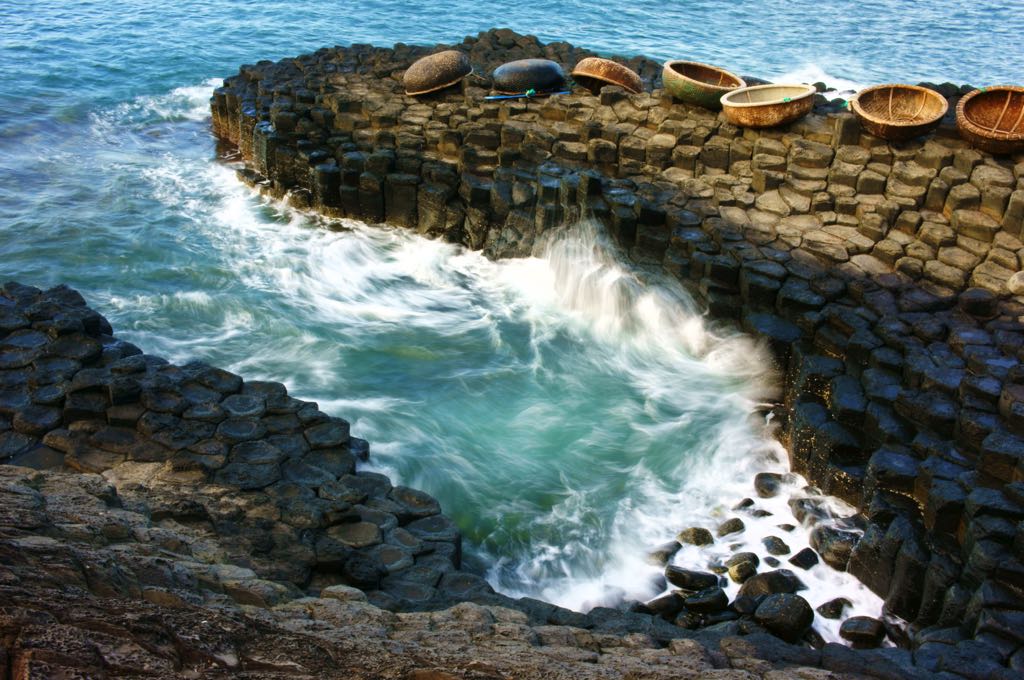 Set near serene fields and coastal villages, Da Dia Rocks overlook the azure sea. Over an area of around two square kilometres, some 35,000 hexagonal and pentagonal rock formations are neatly stacked as if held together by invisible glue. These fantastic formations have stood for millions of years.

This geological masterpiece was formed from volcanic eruptions millions of years ago when molten basalt flows met cold sea water and solidified into rare polygonal formations due to thermal contraction effects. The slabs cracked horizontally, vertically and diagonally to form the unique terrain of Da Dia Rocks. Seen from above, Da Dia resembles a giant beehive. 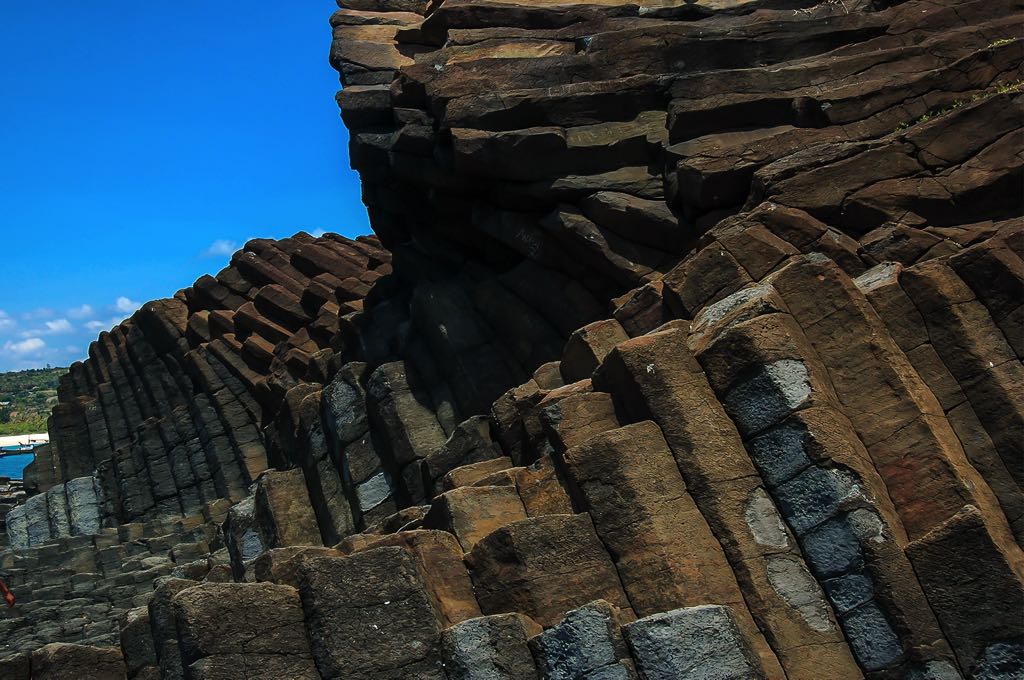 According to some locals, Da Dia – which means “Rock Plates” – draws its name from a legend about gods and fairies who, drawn by the site’s beauty, came down from Heaven to host parties here. Hundreds of gold and jade plates were carried down from Heaven to serve these divine guests, then forgotten and transformed into rocky piles that look like stacks of plates and bowls.

Another legend tells of a wealthy merchant whose wife died young. The devastated husband devoted his life to Buddhism and gave away all his worldly possessions. He hid some treasure near the sea so that, after attaining Enlightenment, he would be able to build a pagoda. Unfortunately, word of the buried treasure spread and unscrupulous characters raided the stash. As a result, the treasure was transformed into hundreds of thousands of slabs of rock, which will stand for eternity in Phu Yen. 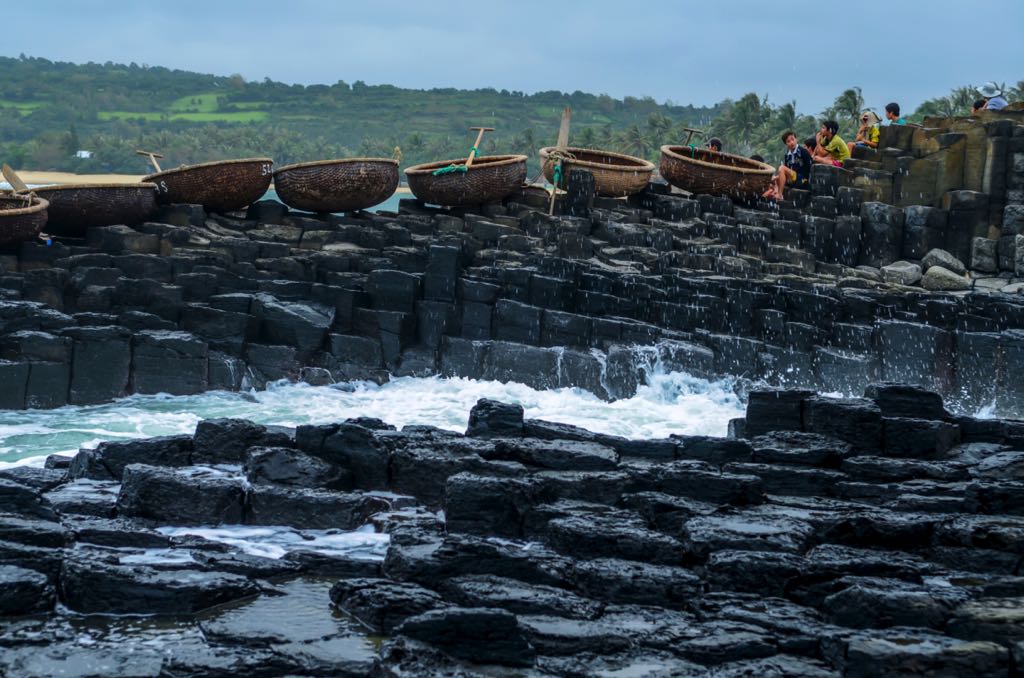 At dawn, golden rays of sunlight cause the dark slabs of rock to shimmer. Offshore, fishing boats bring the night’s catch back to shore. At dusk, the atmosphere is even more tranquil. Exploring the beach and rocks of Da Dia is like visiting a scene from a legend.