The story of OMEGA, Snoopy and Apollo 13

In October 1970, OMEGA was presented with the prestigious Silver Snoopy Award by NASA for the watchmaker’s role in the incredible rescue mission of Apollo 13. The relationship between OMEGA, NASA and Snoopy has continued to endure through time and space. 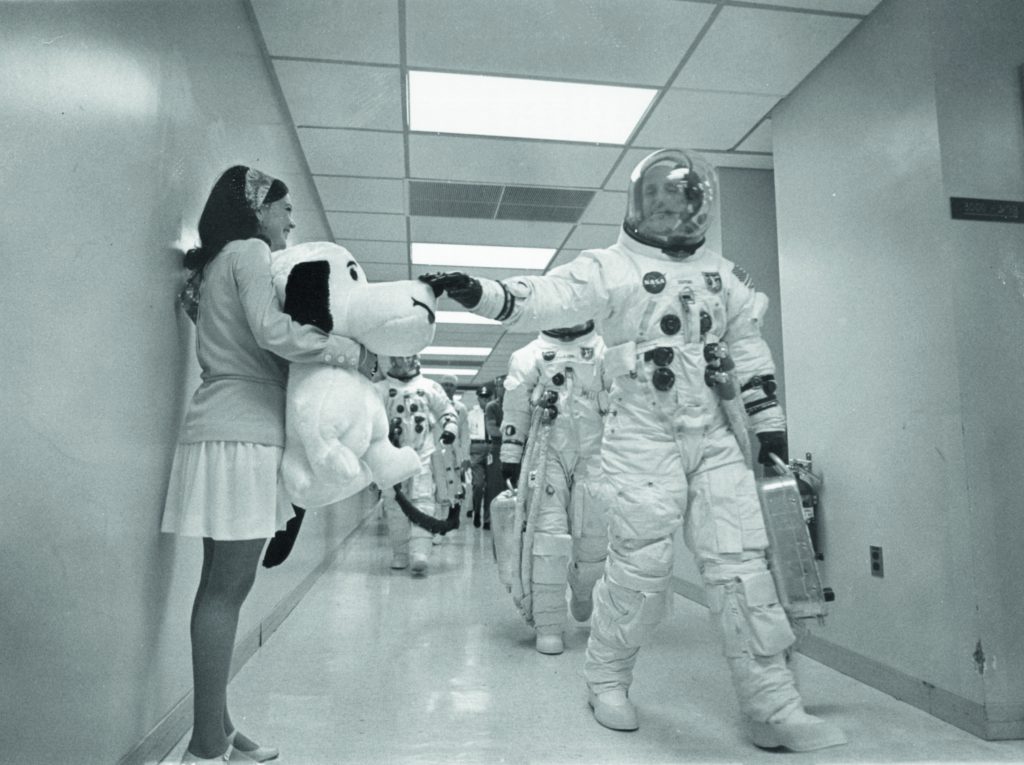 A prestigious award from NASA

The special connection between Snoopy and NASA first started in the 1960s, when cartoonist Charles M. Schulz began depicting the lovable dog on the moon. The comic panels captured public excitement about America’s adventures into space and established Snoopy as a symbol of exploration.

In 1968, when NASA went in search of a face for its safety programme, Snoopy was the obvious choice. Not only would he act as a safety “watchdog”, but he represented total mission success while also keeping things light in serious situations. 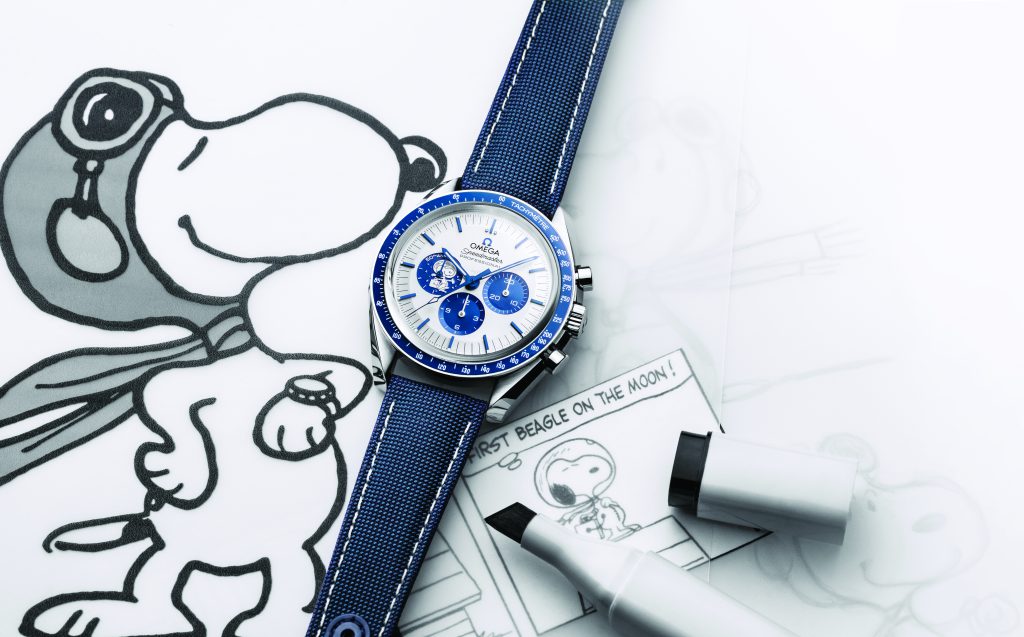 In fact, Snoopy became so beloved by NASA’s own astronauts, that they created a prestigious prize in his name. Designed by Charles M. Schulz, the Silver Snoopy Award depicts the beagle in a spacesuit and wearing his famous Flying Ace scarf.

The award is presented by the astronauts themselves and is given to people or companies who they believe have contributed significantly to “the success of human space flight missions.” To be personally recognised by the flight crews in such a way is considered to a highly esteemed honor within the industry. Since 1968, it has been given to no more than 1% of eligible recipients, proving just how rare and special it is. 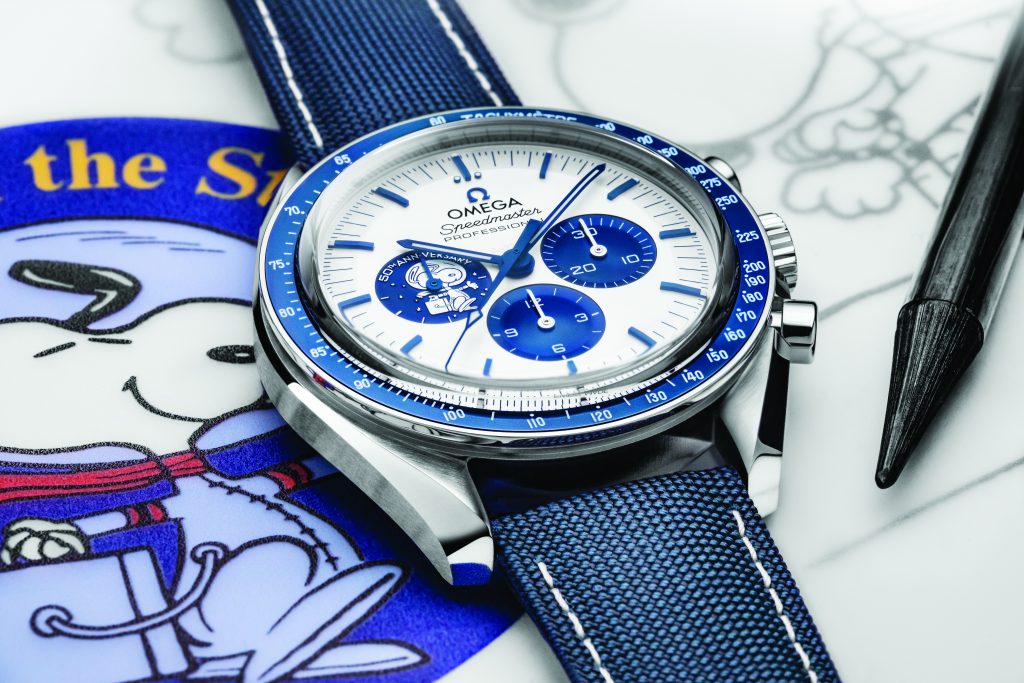 OMEGA been a proud partner of NASA ever since the Speedmaster was certified “flight qualified for all manned space missions” in 1965. The chronograph was subsequently trusted by astronauts throughout some of their most important hours, and even became the first watch worn on the moon in 1969.

But it was the Apollo 13 mission, in 1970, which best represents OMEGA’s critical precision, and the “safety” that Snoopy was entrusted with.

When an oxygen tank exploded on board just two days after launch, the crew was quickly moved into the Lunar Module. This craft, however, was not built to support so many people for such a long time. Therefore, to conserve energy, the astronauts shut down nearly all power – rendering their digital timers obsolete.

Apollo 13 faced many serious challenges over the next several days, as NASA worked around the clock to overcome the increasingly volatile situation. It was at the final stages, however, when OMEGA’s mechanical excellence was called upon. Because the mission had drifted off its intended course, it meant that the module would re-enter Earth’s atmosphere at the wrong angle, and bounce back into space with no chance of recovery. To manually readjust the course of the craft, an exact 14-second burn of the engine was required. 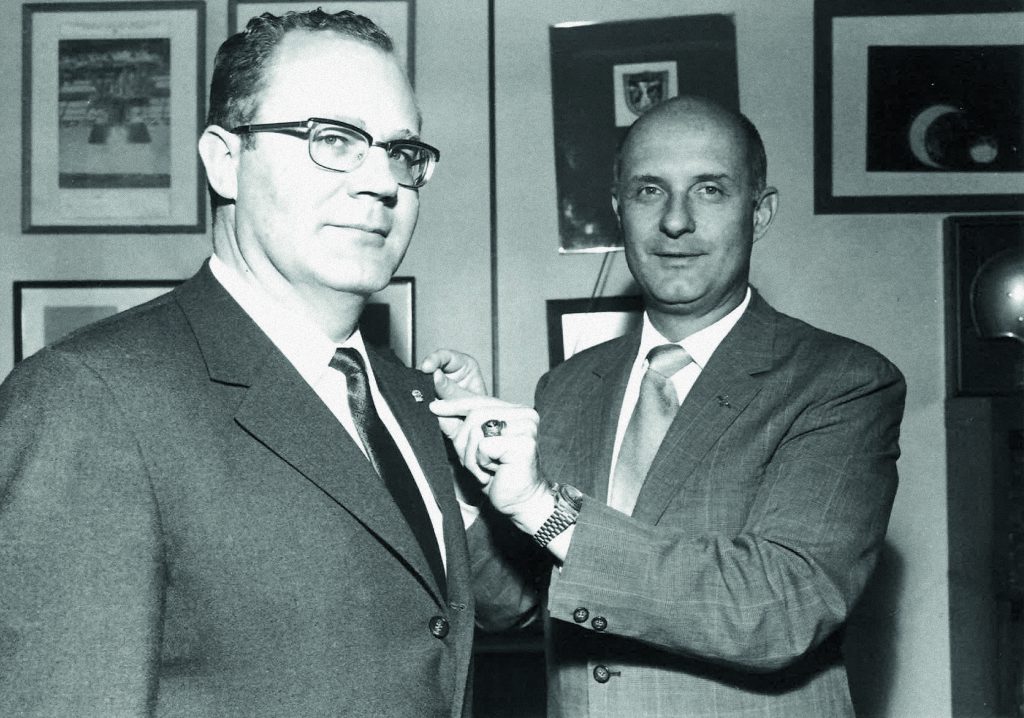 There was simply no room for error. Without their digital timers, the crew, led by Commander James Lovell, instead used their OMEGA Speedmaster chronographs to time the burn. The maneuver worked perfectly, and on April 17, Apollo 13 splashed safely back to Earth.

In recognition of its overall contributions to the space program, including that remarkable mission, OMEGA received its own Silver Snoopy Award on Monday, October 5, 1970. The unique 925 sterling silver pin was presented by the astronaut Thomas P. Stafford, Commander of Apollo 10, together with a Manned Flight Awareness certificate signed by the crew of Apollo 13, including James Lovell, Jack Swigert and Fred Haise.

From that moment onwards, Snoopy and OMEGA were forever entwined, and the two have forever shared a special journey through the years – and the stars.

VDAS with experts discussion on fashion trends in 2022